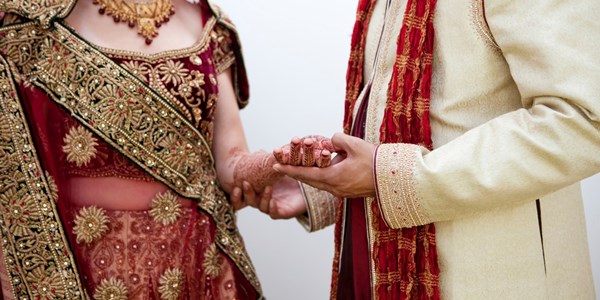 Bride – Nidhi Chaudhary, who was supposed to get married to Ankit Arora, called off her wedding in Gurgaon when she found that the groom was more interested in ‘searching for free wifi’ instead of completing the wedding rituals. Speaking to a reporter, she said;

“Since the time our marriage has been fixed, I have been observing him. Even when we used to go out for movies, he used to behave weirdly. I remember him watching the entire movie sitting on the aisle steps in the theatre as the ‘wifi network was better’ there. I thought he would change, but look at him now. Just when we completed the 5th phera he refused to continue as it was causing the ‘free wifi connection to drop’. I can’t even think of spending my life with him,

The groom’s friends however completely support him. One friend said; “It’s a natural human tendency that we just can’t resist the word free. I mean with so many apps to download and update, free wifi is godsend,”

A disappointed guest said; “I hardly know anyone here. I just came because you get ‘free food’ at weddings. This is the wedding season and to tell you honestly, I have not spent a single penny on food in the last one month. Been having Shahi Paneer at weddings for the last couple of days and the menu here looked different, but now I think I will have to attend some other wedding before the food gets over there”