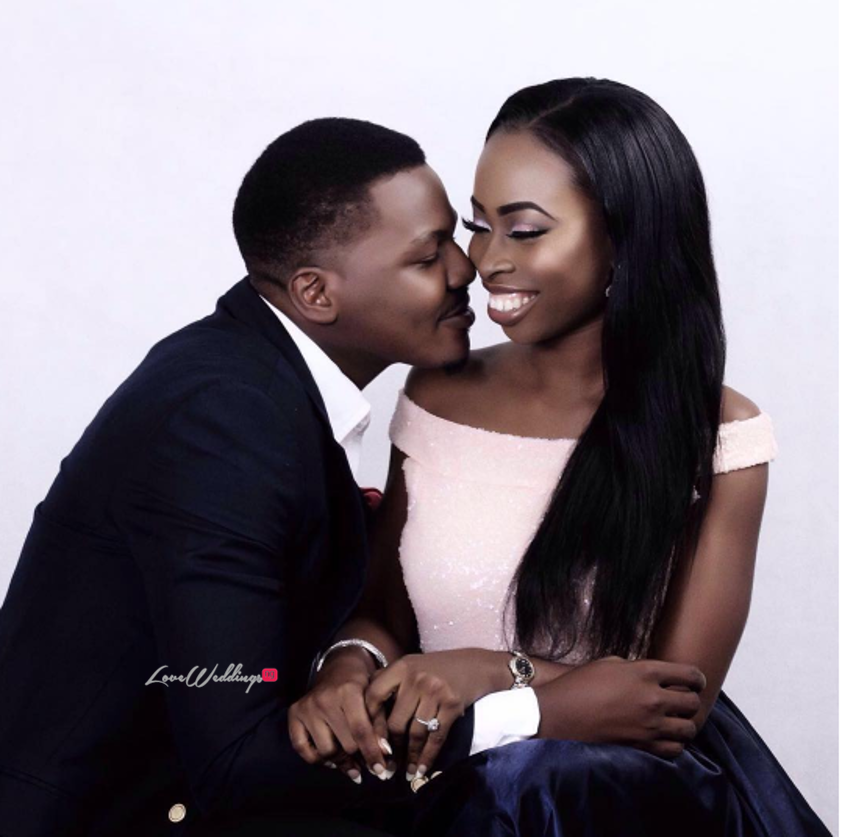 Moradeun and Ope will be saying ‘I Do’ soon. The couple shared their love story with us via our vendor – Tohwson – The Wedding MC.

Well it’s so funny how I met Ope. I met Ope on Twitter ?. Well, basically you know when Twitter was reigning and you change your avatar and there is one sure guy that will comment on how pretty you look, Ope was that guy ?. There were different guys that would complement my new avatars but Ope was so consistent?. So one day when he asked for my BBM Pin, I thought why not? We became friends from there…

The first time I actually met him was on my 21st birthday party. I invited him over. He seemed like a really nice guy, a bit shy and he even brought me gifts. Though the gifts had small comma! The foundation powder he got me was 2 shades lighter; but I appreciated the thought ?. This was because he did not buy them, he just went in his mum’s room and picked things that she had never and was never going to use.

After that, he took me out a few times (at this point I was extremely annoying because I was doing unnecessary shakara and making weird demands lol) but I was glad I had a new friend that was a guy and wasn’t demanding anything from me. As time went by, I found out I could talk to him about anything and he could also talk to me. In fact, we became so close he became like a brother. Everyone knew him as my brother even my mother had met him a few times and knew him. He was like the older brother I never had (if only I knew how it was paining him then ?). But that was the thing, I’d never had a guy friend that wasn’t demanding anything from me or who wasn’t telling me the “I really like you” story. He was just always there for me even through bad times and bad relationships. He would even leave his NYSC camp far far away in Ebonyi state just to come check on me in Lagos!

I think the day I realized I had feelings for Ope was when he was traveling to Manchester for his masters. I was dating someone then and I had noticed that Ope and I were not as close as we were when I wasn’t dating anyone. And so this guy had the effrontery to call me a day before he was traveling to say he was leaving and I was like WTH?

Mind you I hadn’t spoken to him in a while and I had no idea he was leaving, I mean I was like ?. And the first thing that came out of my mouth was that he was leaving me. Mehn I cried my eyes out that day. I don’t even think I knew why I was crying maybe I just thought I was going to miss him and that somehow we wouldn’t talk again. But thank God that wasn’t the case. 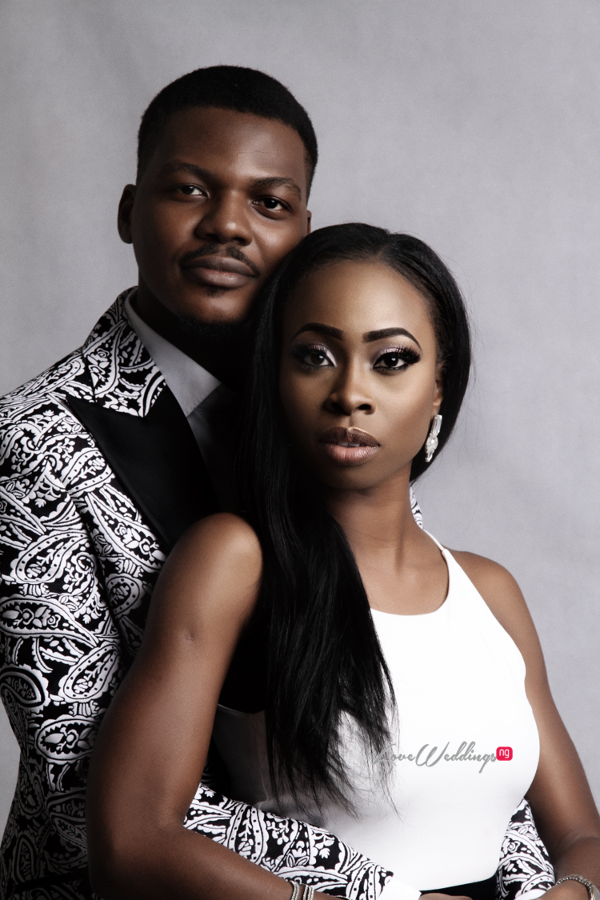 So he went to Manchester and I went on a relationship-break because I thought “to hell with all these guys”, “I’m gonna find myself”, “women empowerment”, etc… ? At this point, I literally had no male friends that wanted to just stay as friends. But I had my Ope, my sweet brother❤ Hehe. He would tell me about some girl he was with and gist me about stuff going on and I would tell him about stuff going on around me. We were close again.

My best friend, Nneka would tease me saying I liked him I was just denying it. My reply was always “he is my brother now!!!” What’s the point in spoiling a perfectly good friendship? I mean if it doesn’t work I would have lost someone dear to me. So I always shut that thought out. But I guess it was obvious.

And then one day! Behold I was chatting with Ope and all of a sudden he didn’t reply for like 2 days [He’s usually always quick to reply]. I sent messages, called him because I was worried something was wrong. Ha! I couldn’t sleep I was constantly on edge. Nneka and I had to go meet our best man – Tosin’s girlfriend, who I did not really talk to at the time to ask for Tosin’s number because he and Ope were always together.

I called Tosin, he didn’t pick as well. On the 3rd day, Ope called me in a very groggy voice, I was so scared! I was like ‘Where have you been?’ ‘Are you ok?’ ‘I’ve been so worried!’ Ope’s response was that he was ‘high’ abi ‘drunk’ with Tosin and Sammy (a family friend of mine that I had no clue Ope had met). [I don’t even know which kind useless party or whatever they went for that got them high for days!] Trust me, I gave him the scolding of his life and dropped the call on him. I guess he summoned up the courage to call me afterwards and apologise. But I knew that was the point I had very deep feelings for him. I had probably known all along but that day, I knew there was more to how I felt for him. 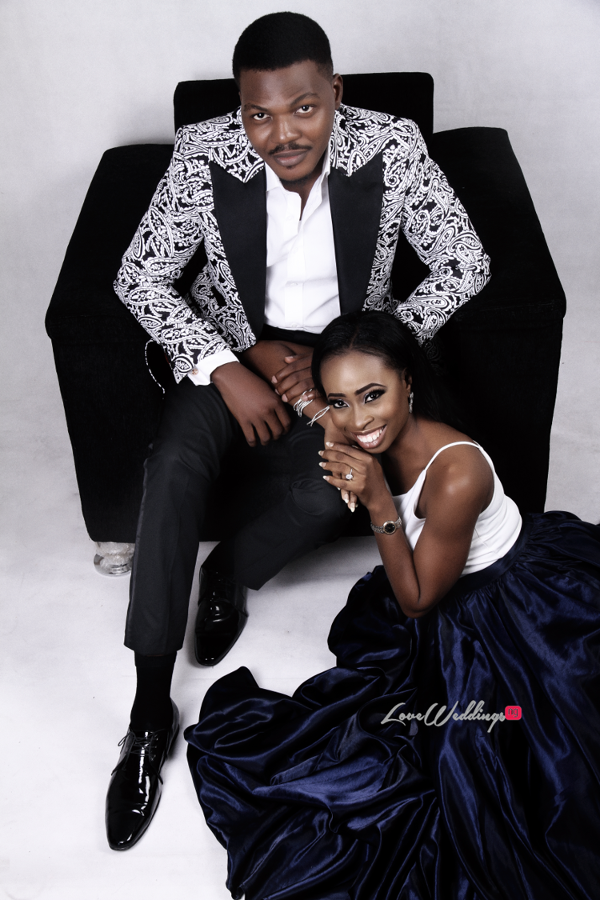 Fast forward to a few months later, I had just finished my project and I was at my aunts house. I was Skyping with Ope and my mum and aunt entered the room. My mum then introduced Ope to my aunt as “Flo’s brother in Manchester”. After they left, that was the first time I had ever seen Ope so pissed at me. He even dropped the call on me and I was like ah ahn what have I done o. He wasn’t now picking but when he finally picked ehn, Ope was literally yelling at me that he is sick and tired being my brother ?.

I can laugh about it now but that day wasn’t a joke o. He sounded really frustrated and tired of it and said he didn’t want to be my brother or friend, he wanted us to date. He said he was tried of pretending he was ok with just being a brother ?. That’s how Oga did the swift migration from brother zone to boyfy levelz o! That day, my hot blood was mellow because I was like ?. But it was easy for me to say yes because at that point I knew I wanted to try it. I told him my fears of us not working out and loosing the friendship that was dear to me. But somehow I was sure it was the right thing because it just seemed so natural now being his girl.

I mean maybe if at the beginning he had asked me out and we didn’t work out, he wouldn’t be the love of my life and I wouldn’t be marrying him soon. But here we are, he was my friend and brother before he was the love of my life and maybe it wasn’t love at first sight on my end but I am certain we might not be where we are right now if it had been. I’m grateful for the whole journey thus far and I know I’ve really found myself with him ❤ 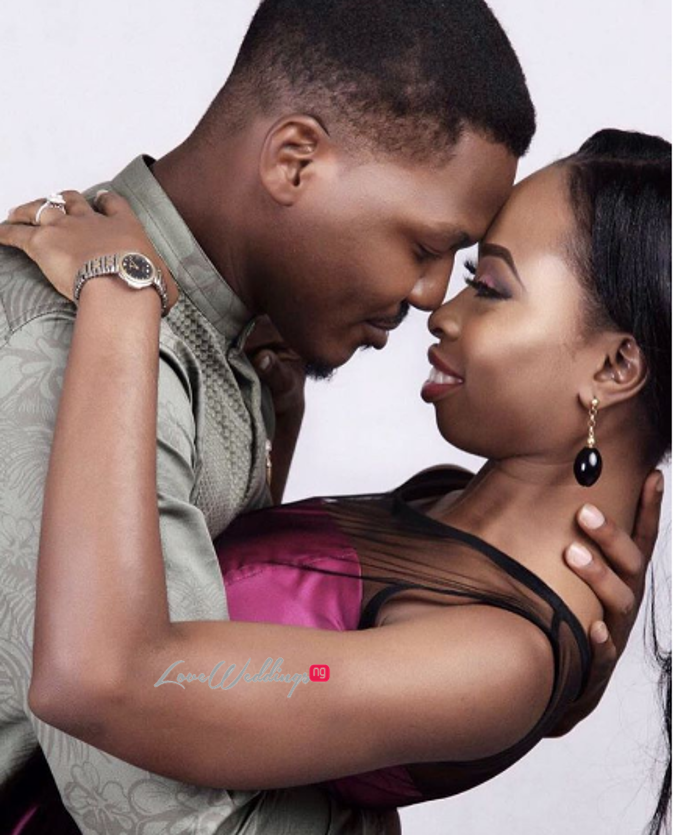 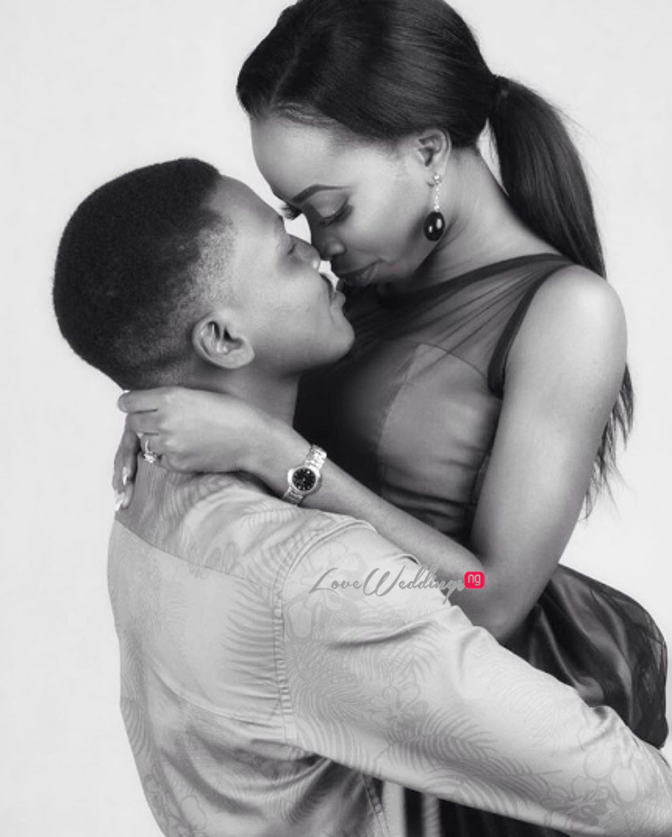