“From leading in church to finding love” | #SadePlusJude 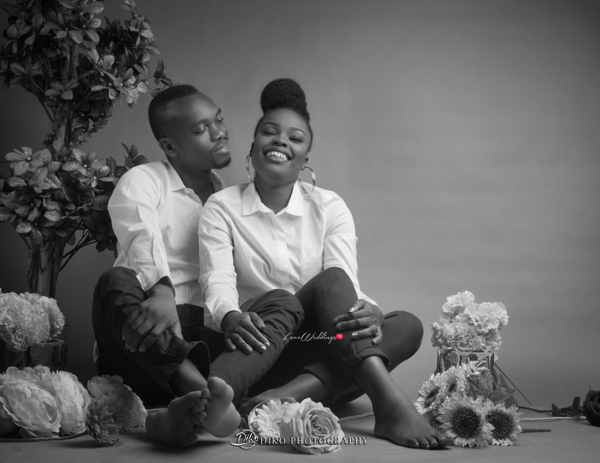 Sade and Jude got married on the 23rd of September, 2017 at the Methodist Church, Opebi, Lagos. We shared what we loved about their rustic Nigerian wedding last month, catch up if you missed it. We caught up with the bride who shared their love story and pictures from their wedding.

Our Story by Sade

So I had known Jude since we were in teens church at RCCG, Solid Rock Parish but we were not really friends, just ‘hello’s’ on Sundays and that was it.

Fast forward to when we moved to the Young Adults church at Solid Rock (RCCG, The Rock Centre); we happened to be in the Sunday School department together where he was the Head of the Department at that time! Truth be told, there was nothing going on in my head at that time (but I guess he had a lot in his ?). One of the things I enjoyed most while I was still an active teacher under his tenure was his Leadership. I was also a leader in the Follow-up department at that time too, even though we had our different leadership styles, there was just something great about his! Oh! I remember how he would pray for each of us by holding our hands and mentioned each of our names and gave a ‘word of knowledge’ for each of us! His great capacity to build leaders just always inspired me; he was and still is one of the leaders that births leaders. I never mentioned it to his ears though at that time.

Pause!!! Pause because a switch happened and all of a sudden he started announcing in public (in church after service to be specific) that he likes me and that I was misbehaving. The first time this happened, I wanted the ground to open and swallow me because I was like even if you wanted to communicate it, can’t you do it appropriately ?? Since then, I would ignore him but the young man never gave up!

He began to call me at odd hours like 10pm, and I’m like you don’t have the right to call me at this time, it’s not ethical ??? I was terribly harsh to him, OMG! Can’t believe it but he survived it. ????I think another time; while we were in church one day and we sat side by side (I was fuming inside saying, why am I sitting beside him) and his words were, ‘You know I would like my wife to paint her fingernails and I responded and said, ‘Am I your wife? ? Tell her when you meet her)

Fast forward x 2, he finally asked me out the appropriate way but I didn’t give an answer because I wanted to pray about it. I didn’t like some certain things about him and I wasn’t ready to jump into a relationship that won’t lead anywhere. I prayed about it, I had the PEACE to proceed but I still kept the answer to myself ?I started enjoying his company, he was now ‘free (just a little)’ to call me anytime ???? 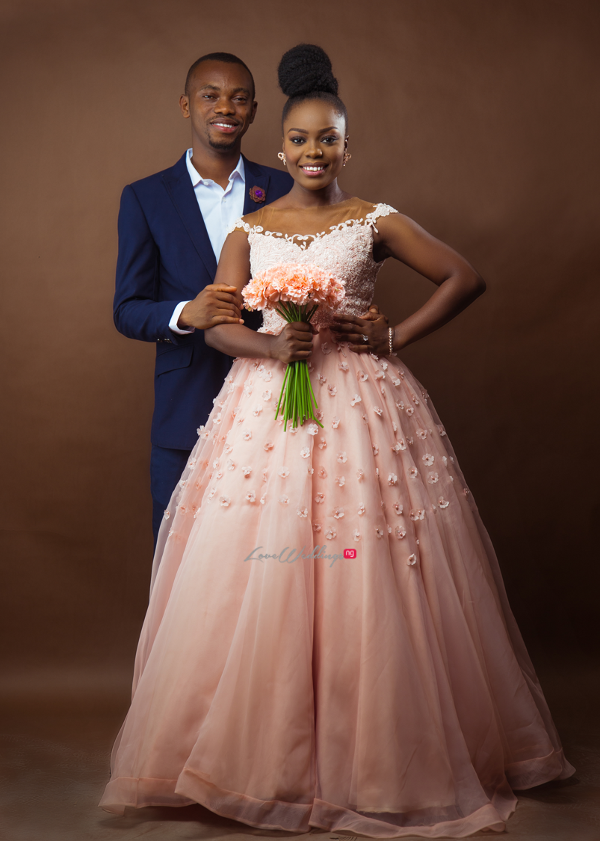 So accepting him came one step at a time (I believe in process). After work, we would meet up at my house but I didn’t allow him enter my house ?; we stayed outside the outer gate (my house was in a close); we talked, laughed and hugged! Remember, I said he was a Bible Study teacher, oh my! He would use scriptures to answer questions and even in conversations ????; it was really hilarious because I couldn’t imagine how someone could respond accurately to daily conversations with scriptures, I really laughed hard those nights. Those nights we spent together increased to hours, days, weeks and months and still yet I hadn’t given an answer. ?The truth is he had asked me out long ago (like twice sef) and I didn’t know how to come back and give an answer so I was waiting for the question again and I also wanted to plan a really nice way to give the answer after waiting for so long. I had also decided that I would give the answer on a particular date if he didn’t ask a third time.

Six months later and still no answer and then on a Monday morning, precisely the 12th of August, My Amazing Man called me and said, ‘Sade, I’m sorry I can no longer wait, I believe you are deceiving me by allowing us to have such an intimate relationship without giving an accurate answer (and to think that there was news going round that we had started dating and I would say “No we aren’t”, because it wasn’t official yet anyway!) *sigh* I was shocked by the call because the previous night we had a great evening together, but I was angry too because I was like haba on a Monday morning when I had a management meeting to attend. ?

Anyway I was feeling alright because I had planned the surprise answer for the 13th of August and I wasn’t gonna move it earlier because he was angry overnight. On the morning of the 13th of August, a gift and a card with my answer was delivered ?that’s how Sade + Jude started and here we are today as Mr & Mrs! Thank you Jesus for keeping us this long!

I travelled to Dubai in February 2016 and on my return, my dear friends Adetola and Olasumbo planned a lunch outing for the three of us, I asked where we were going, they said Yellow Chilli (then I began to suspect that the proposal might be today and so I made sure I painted my nails, wore silver accessories, because I knew the ring won’t be gold sha’ ?). We arrived at Yellow Chill, ordered our food (delicious meals they serve there) and was gisting, and then I looked behind me and saw him kneeling down; I had mixed feelings ?don’t know why and they all said behind me, ‘say Yes.’ I said, I haven’t heard the question ??; he asked and I said Yes, and we hugged (kissing never crossed my mind ?, I’m a huggaholic (Forgive the English!) 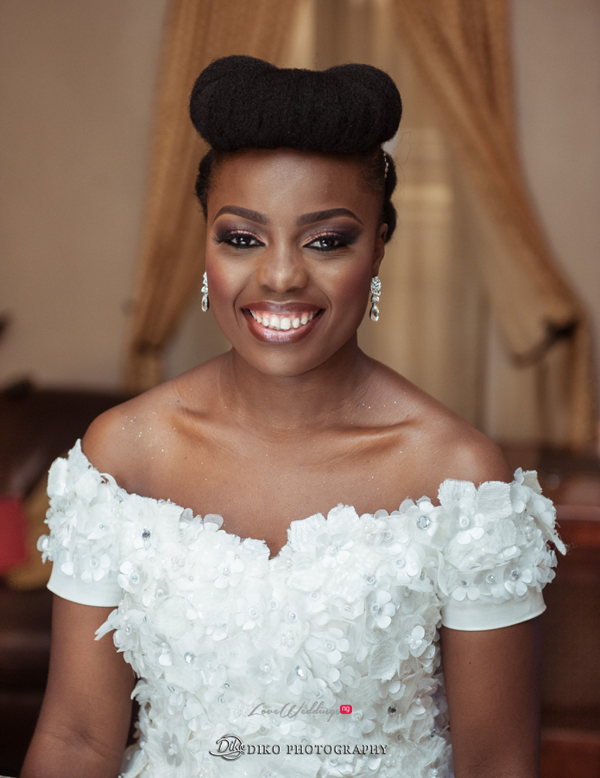 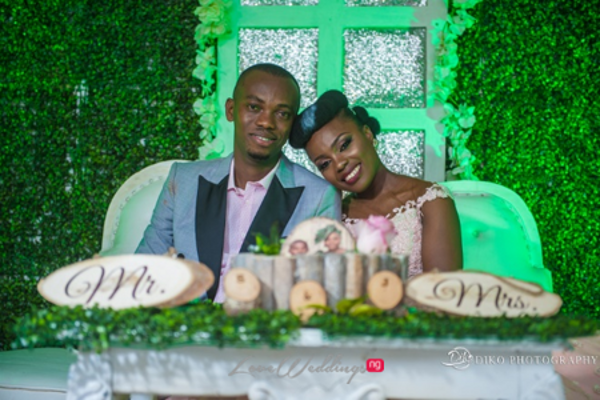 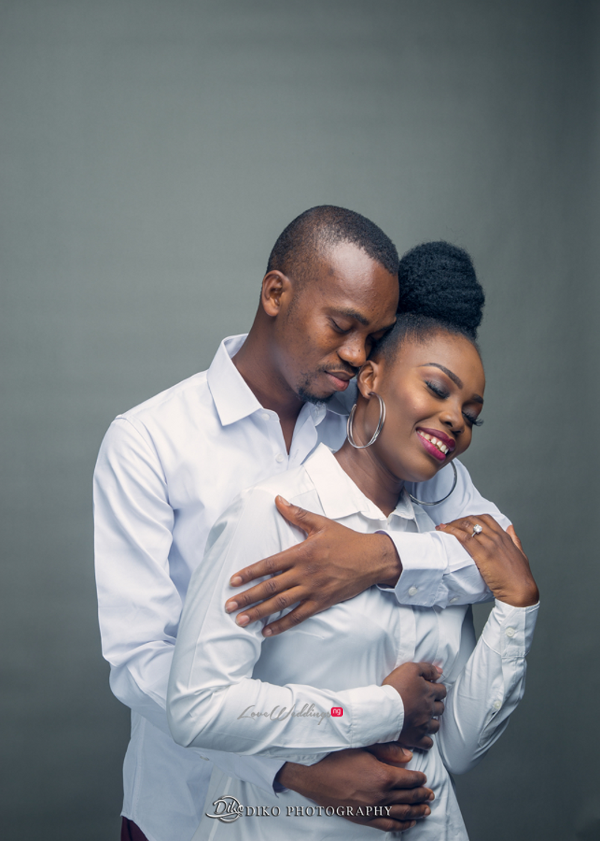 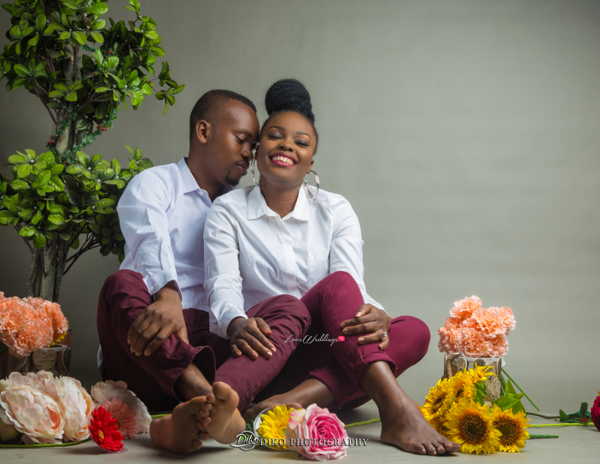 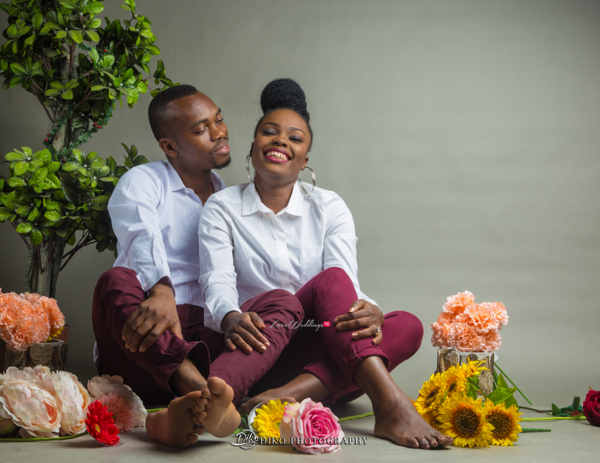 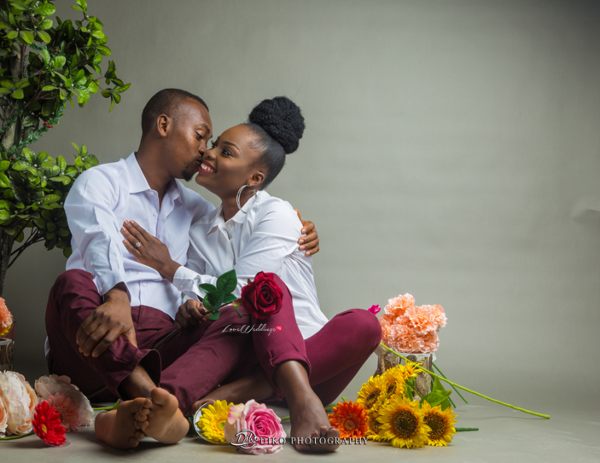 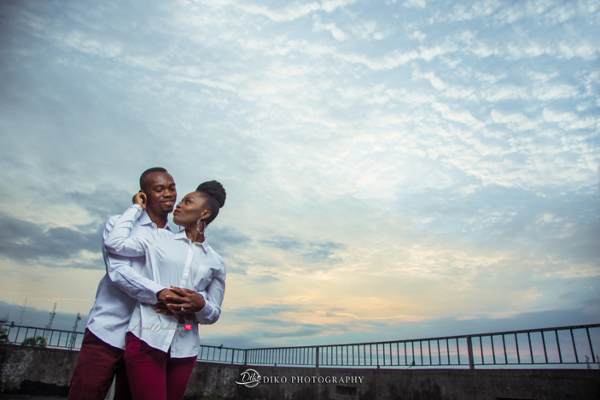 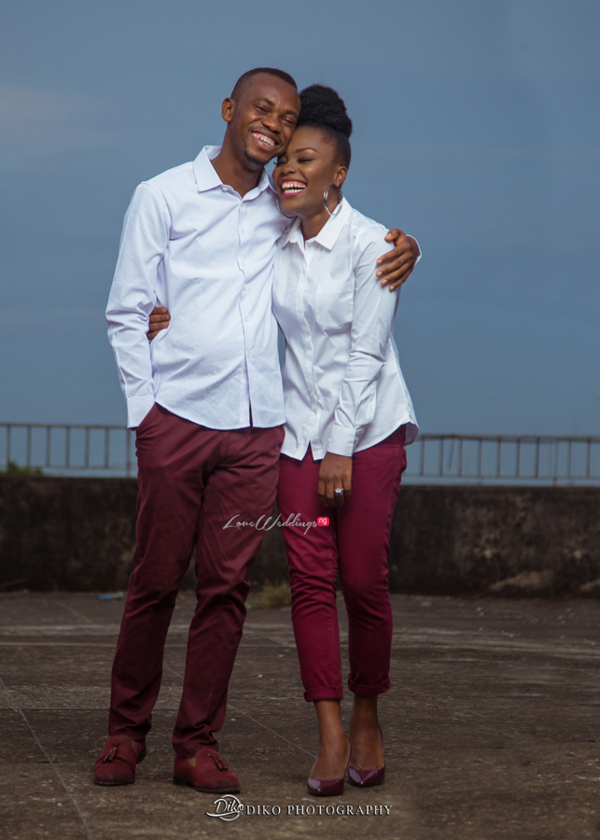 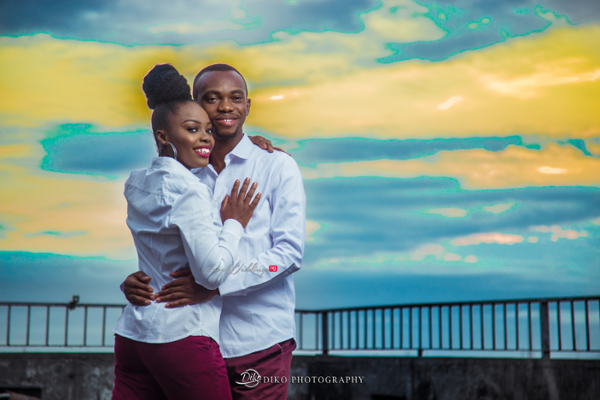 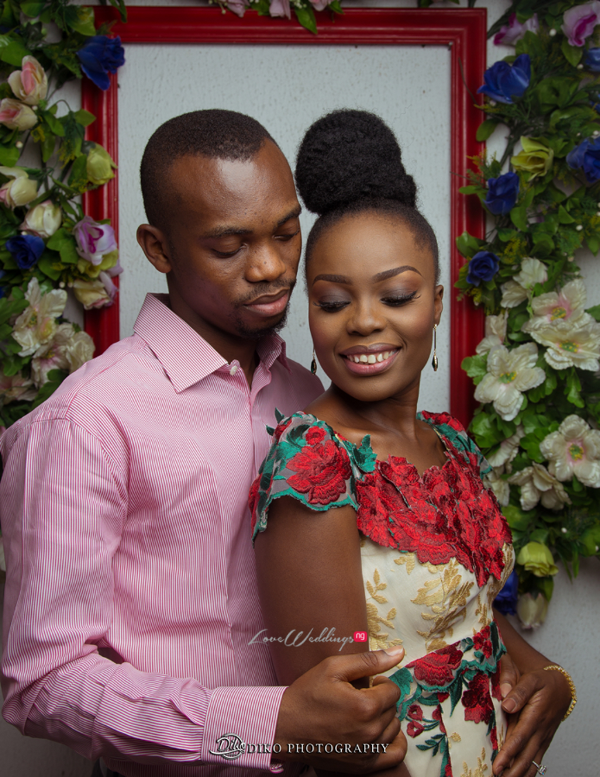 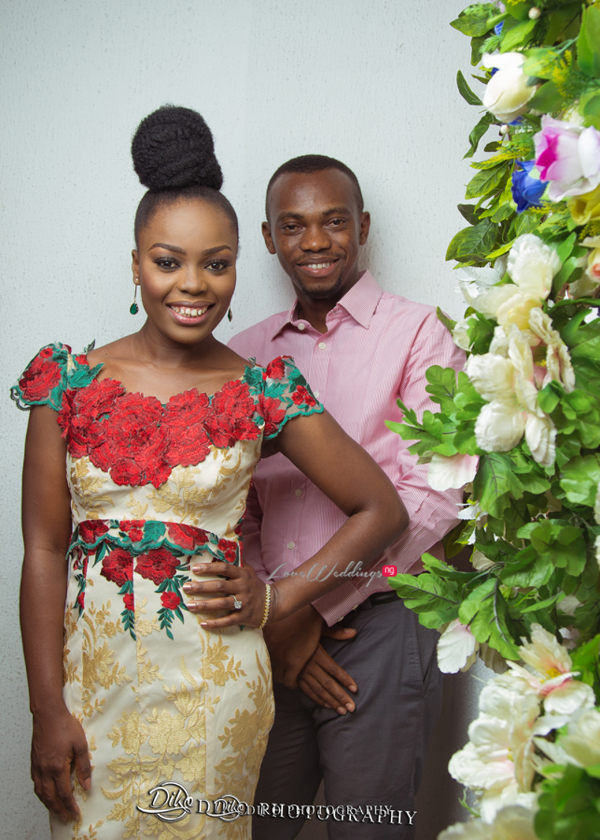 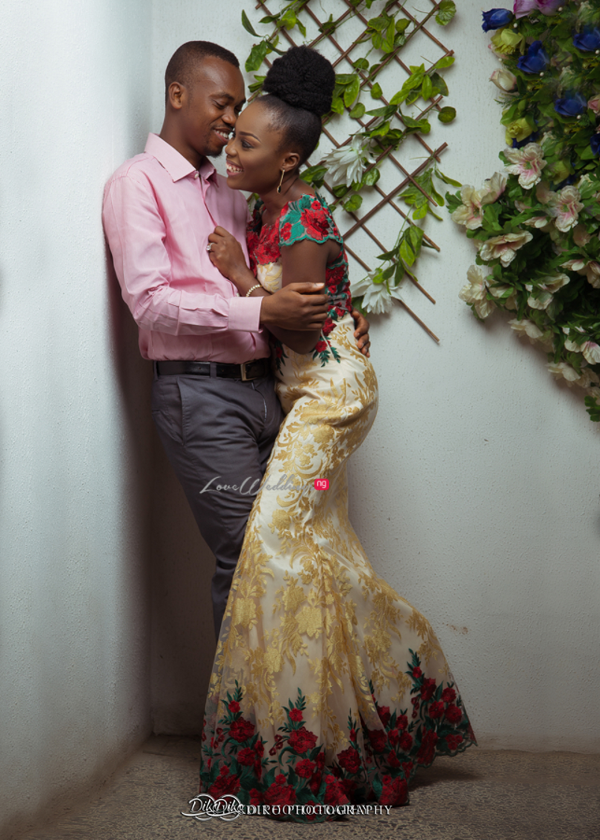