#Ramba18 and #Muha18 – Two northern wedding hashtags that took over Instagram last week; two Indimi ladies said ‘I Do’. Tunde & Wunmi Obe celebrated their wedding anniversary. Cardi B revealed that she and Offset secretly got married. Catch all the wedding news you missed last week on LoveWeddingsNG

Meram Indimi & Baffa Dandatti (#Ramba18) got married last week. As expected, the wedding festivities went on for most of last week with festivities from the bridal shower, the Wushe Wushe and more. See some photos and videos below;

Youtube vlogger, Hauwa Indimi is getting married to Mohammed Yar’Adua in July 2018. Their wedding festivities kicked off with a lush bridal shower for the bride-to-be and traditional wedding festivities in Maiduguri. Hauwa is who is the youngest daughter of Maiduguri oil magnate – Mohammed Indimi and the groom, Mohammed is the son of late NNPC managing director, Abubakar Yar’Adua. See first photos below;

Another big wedding from last week was Temi and Dami‘s 2-in-1 Nigerian wedding (#MeetTheAmbodes #ToDam2018) planned by Mo’amber Concepts. They had over 1,600 guests including government officials and notable figures from around the world.

Adekunle Gold’s #About30 concert held at the Indigo O2 in London on Friday, the 29th of June 2018. There was a surprise appearance by Simi and they performed a few songs together including ‘No Forget’. We’re just here counting down to #SimiGold2018 or #SimiGold2019. 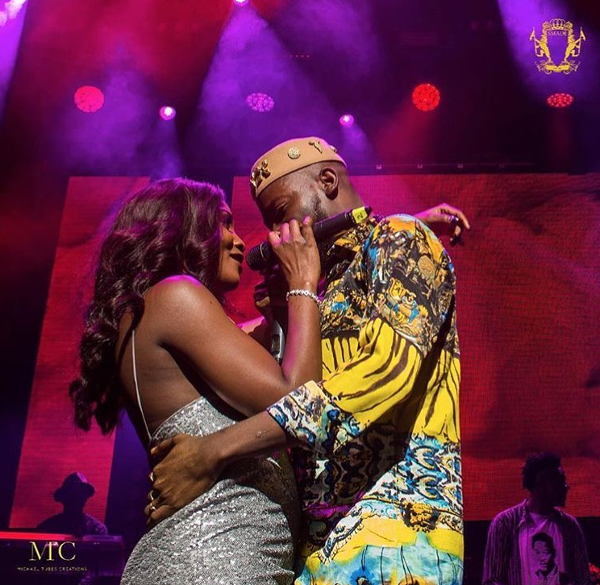 Cardi B took to Twitter on the 25th of June 2018 to reveal she is already married to Offset. According to EliteDaily.com, Cardi revealed their ceremony was so intimate that no guests were invited — just the couple and Cardi’s cousin as witnesses. Cardi B shared on Twitter; ‘There are many moments that I share with the world and then there are moments that I want to keep for myself! Getting married was one of those moments!’ See her tweet below;

This why i name my album “Invasion of privacy” cause people will do the most to be nosey about your life .Welp fuck it . pic.twitter.com/U3uHFOT3qK

Tunde and Wunmi Obe (popularly known as T.W.O.) marked their 20th wedding anniversary on the 26th of June 2018. Tunde shared on Twitter;

#30YearsOfFriendship #20YearsOfMarriage #3WonderfulKids #BeautifulHome …All our dreams came true, sweetheart.. Couldn’t have had a better person by my side through this life’s journey.. You get me! I Love ❤ You till infinity & beyond!@WunmiObe pic.twitter.com/oIrqvFx1VS

Picture Nigerian singer, Chidinma Ekile as a traditional Yoruba bride. Well! thanks to Faari by Sisi Ope, you don’t have to. Check out this video

Australian budget bridal label, Grace Loves Lace launched a new collection inspired by icons Beyonce, Monica Bellucci, Kate Moss, Cindy Crawford and more. The brand, which is responsible for the most-pinned wedding dress in the world has pieces that start from $200 and cost no more than $3,200.

What do you do when you forget your wedding anniversary? Nollywood actor, IK Ogbonna asked his followers on Instagram for advice on how to apologize to his wife, Sonia

How do u tell ur wife u are sorry When u forget ur wedding anniversary ????? any idea guys ? I am in some kind of trouble as it stands ?

Angelina Jolie showed she’s the real Duchess. Check out her ‘royal’ outfit to the service of commemoration and dedication in London.

That’s it for this week. See you next week for more news weekly updates.