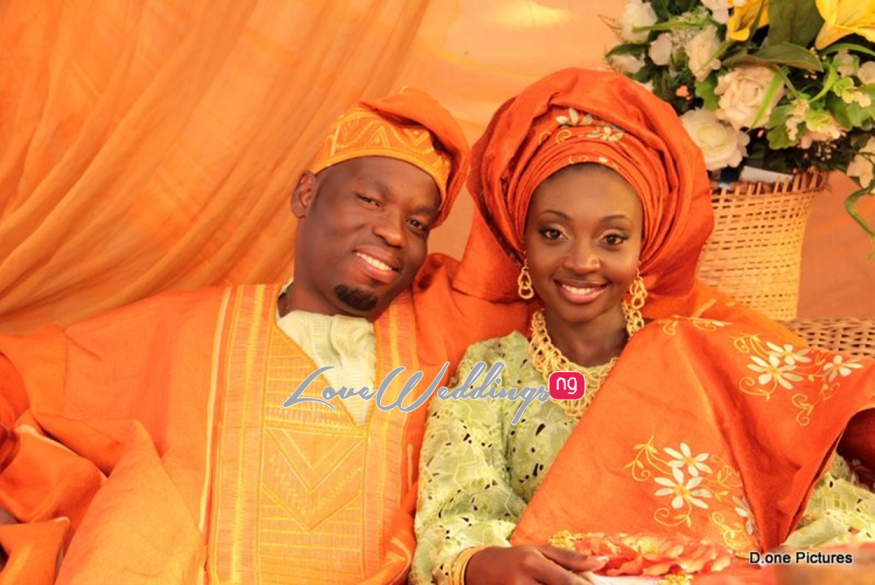 Tomiwa and I met in a very interesting way, you can call it fate but I call it destiny. We both worked for the same company but at different branches. A colleague of mine who was transferred from my branch to Tomiwa’s branch came to carry out a transaction back at my office and he started to give me tales about this really great, nice, kindhearted, smart and brilliant guy called Tomiwa. I gave the usual attitude of “abeg abeg, forget that one”. Then he said “he graduated with a first class in physics”. My ears stood like that of a fox and my eyes grew bigger, I liked what I had just heard but I wasn’t ready to make the first move (you know how it is). Unfortunately it all went cold and Tomiwa never called and I didn’t ask why.

Coincidentally, one fateful day I received a call from a colleague of mine from another branch instructing me to carry out a transaction. Little did I know it was the same Tomiwa who also found that he was talking to the lady he had heard about, and so instantly we became chat pals. Even though he wouldn’t admit it, he was shy and I noticed the first day we met… it was in a restaurant and he brought a friend along. When I located where they sat in the restaurant, I couldn’t tell which of the two guys Tomiwa was, but I found out eventually. That was the beginning of a 2years courtship that ended in marital bliss.

We had closed from work for the day and were quite tired and hungry at the same time. So Tomiwa said he wanted to swallow amala and I didn’t know anywhere he would get that at that time of the day. He kept demanding and I got really irritated, but that was his strategy – to piss me off. I got so pissed that I insisted he took me home, but he changed the route and took me to a really lovely cozy restaurant.

In the restaurant we had the first meal, after which he asked if I wanted desert…I declined but he insisted. The waiter brought a very small pot and dropped it in front of me while we were having a conversation. So engrossed in our gist, I pushed it aside but after a little while he asked if I would go ahead with desert. At that point I opened the pot and closed it almost immediately because I saw what looked like cake packaged in a coded manner but yet I wasn’t bent on it (don’t blame me, the lights were dim).

Tomiwa stared, nodded and asked me to open it again. When I reached out for the box in the pot, I looked up and saw Tomiwa smile and going down on one knee, “will you marry me.” Of course my answer was a big “yes”.