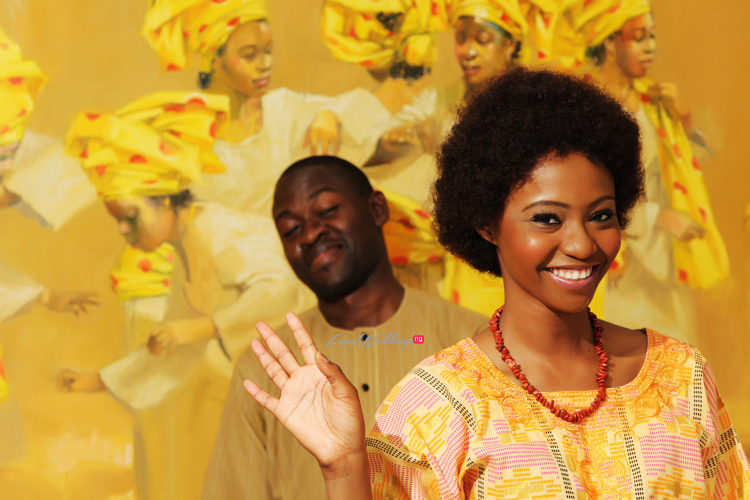 We’re sure you’ve all seen their beautiful ‘Aye inspired’ prewedding shoot by Soji Oni.  As soon as I saw it, I knew I had to get in touch. They look so happy together and its contagious. I literally did a little dance when I read their story and saw their pictures. So, #Loveweddingsng fam, I present to you #AyoTemi

We met at Business school in 2009. As my mother always says, we were sent to school for a Masters degree, and we decided to come home with an additional degree, lol.

Our initial (albeit uneventful) meeting was at the induction ceremony for all international students. I was with a Nigerian friend, and he came to talk to us (talk about close marking, lol). We all talked for a little while about settling in, and went our different ways. I saw him around after that a couple of times, but just always said “hello” from a distance.

About two months into Uni, I was given one long project which made me go to the library every other day (I really don’t like libraries), and on one boring Sunday, out of the blue, I found him there, head buried in his books (I discovered later that he always has his head in books). We got talking, and he offered me Biscuit because I said I was hungry :), and that was how we became friends.

We gradually started to hang out with the same set of friends, as the Nigerian people started to find one another, and one day in February 2010, we were invited to a party by one of our Nigerian friends. For some strange reason, we stuck together throughout the whole party, and danced like hell!!!. I should have realized that I fell in love that day, because I didn’t even notice how much of a bad dancer he was, lol.

We became inseparable after that day, and we were everywhere together. We came to Nigeria Easter 2010, and then went with a set of friends on a short trip to Blackpool. I got really cranky because I felt like we were getting too close for comfort (before he chases other men away, lol)- and so I asked him what he wanted from me, and with a totally clueless look on his face goes ‘I thought we were dating’. I didn’t even know how to respond to that, lol.

Anyways, we left Blackpool as a couple, it’s been a totally awesome since then and here we are now! 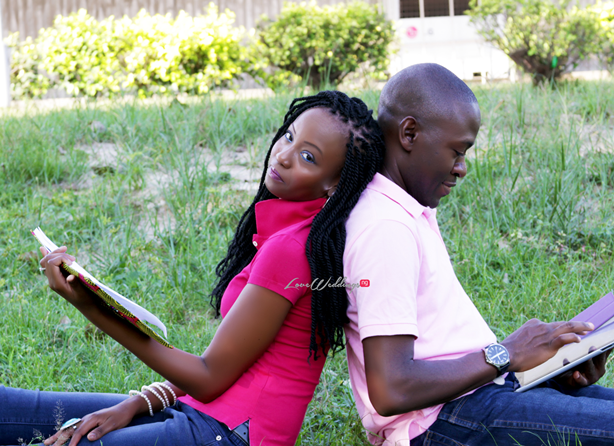 He proposed in the sweetest manner ever, privately in his home with only him and I present. I had gone to say hello to him on the 1st throughout my visit, I noticed he was fidgety, and he kept asking me strange questions like “can I cook for you?” “What do you want to drink?” He never cooks, so I really found his questions strange.

We started watching a movie, and 10mins into it he started to tell me how much he loved me, and wanted me to be his wife. Before I could fully figure out what he was up to, he was on his knees with a ring in his hand. Of course I said yes!!!

We started watching a movie, and 10mins into it he started to tell me how much he loved me, and wanted me to be his wife. Before I could fully figure out what he was up to, he was on his knees with a ring in his hand. Of course I said yes!!!