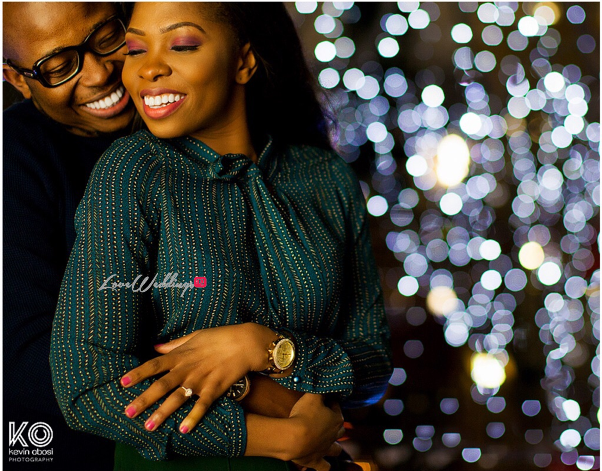 I believe meeting Kay was not a coincidence, it was meant to happen. God ordered our steps to cross paths (as mushy as that might sound).

Kay worked in the same company as my cousin’s husband in Arizona. At some point, Kay told my cousin and her hubby that he would be travelling to the UK on vacation. My cousin, who loves match-making at every given opportunity, was quick to tell him she has a ‘younger sister’ in London that she would like Kay to meet. She got him to add me on Facebook and she later called me to tell me about Kay. I thought nothing much of it then because I was in a relationship. Well, Kay and I met up when he came to London. I just thought I was being friendly and keeping him company, you know.

The following year, I was in Nigeria for my Youth Service. Kay and I would communicate once in a while. – just the “hello, how are you doing?” kind of conversation. There was nothing exciting at all. At some point the calls became frequent. We were not having deep conversations and so I started to wonder why he called me so often. I realised I could not focus on him as my focus was on someone else. I started getting tired of picking his calls and I remember thinking can’t this guy take a hint. There was a particular day he called me and I was sort of having a moment, I had to ask him exactly what he wanted and why he called me so often. Kay just said something along the lines of ‘I really like you and I am just getting to know you, let us see how it goes‘. Mind you by the time I asked that question, I was single. I found myself paying him more attention and for some reason, something changed. I started looking forward to his calls. And just like that, I started to fall in love with this amazing man, I saw qualities in him that I wanted from a life partner.

How I knew he was the one…

On a particular day, after talking on the phone with Kay, I went to sleep and I had this dream that we were married (yes really, I take my dreams very seriously). Some people will read this and say it was a coincidence but to me, it was a revelation. I prayed severally for God to show me the way because at that point in my life, I was looking to move on into a relationship that will last and not just a relationship for the sake of it. I wanted to know if Kay was the one and I believe that was God’s way of showing me. When I told Kay about the dream, he laughed about it. I’m sure he was thinking what a weirdo lol, she is barely a girlfriend yet but I was so bold because I knew it was going to happen. Kay asked me out some weeks later, I did a bit of shakara saying I wanted to think about it lol….even though I knew I was sold already. I eventually agreed and we both made sure we understood what we wanted out of the relationship.

Kay and I spent most of our dating relationship on the phone and via Skype. It was hard, we missed each other a lot. We did a lot of travelling back and forth to see each other. We cherished every moment we spent together physically. After a year of dating Kay, I was expecting my ring lol. I didn’t think it was too soon. Kay made sure he kept me on my toes, even though I knew it was going to happen, I didn’t know when. In May 2015, Kay finally got down on one knee and asked me to marry him at Phoenix Airport on my way back to London. I said yes, nothing could make me happier. I was very excited, I really did not hear much of what he said. It was very last minute and I had to dash off to catch my flight. It was the longest flight I had ever taken. I could not wait to get off the plane and feel real because at that point everything felt so surreal and I knew my life was about to change. He indeed made me wait because I was expecting the proposal throughout my stay in Arizona. I would always make sly comments, show him the pictures of rings I wanted to see if we were still on the same page. Funny enough, I was still surprised when he eventually asked me. 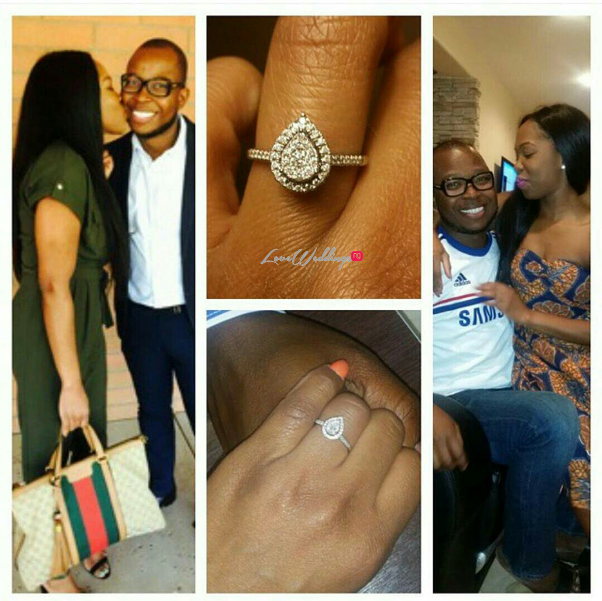 God has given me more than I thought I needed. He gave me my own perfect man and I cannot wait for our wedding day and the life that comes after it! #kaylan2016 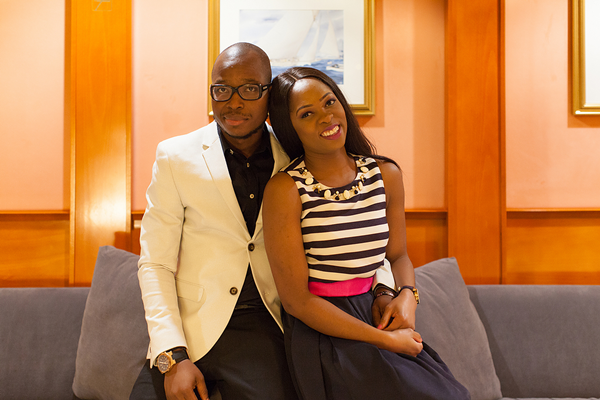 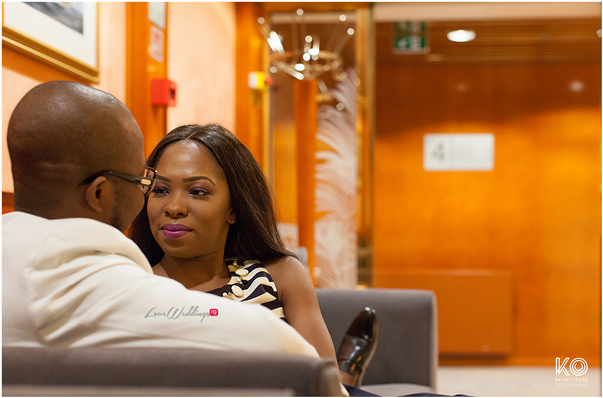 What began at the popular O2 Arena in London as the company of two new friends led me into making one of the most important decisions of anyone’s life. I had traveled to London to visit my brother and his family after a stressful academic session. A few months before then, I met Lanre’s Uncle at work. Sometime later, we got talking and he told me about his “sister” in London. We talked for sometime about her and he showed me a couple of her pictures on Facebook. I have to confess that I spent the following weeks checking out her pictures on Facebook. “Sharply”, I sent her a friend request; who wouldn’t want be friends with a fine girl who lives in in London ?

We met twice during my trip to London and they were really good moments. Although I am still not able to place exactly why I always wanted to be in touch with her, some of her amazing qualities were too striking to miss.

Lanre is a very confident person and she exuded much of that throughout the time I was with her. I like that a lot about her, even though she initially sounded conceited.

She is straightforward and she has a very unique way of saying her mind; you can never leave her feeling she bottled up her thoughts. She is always explicit! She is loving and caring. She is as beautiful inside as she is outside. She is also from an amazing family and that was really pivotal for me.

We were friends for quite some time, and then ……

It wasn’t a particularly difficult decision, given she possesses all the qualities I have always wanted. However, I still took my time to be sure I wanted to do it. As friends, we grew at leaps and bounds. I must say that having a partner at the other side of the Atlantic, with that kind of distance, was not so easy. But now, after a long time, with several Skype sessions, repeated trips across the ocean, and seemingly unending separation, I’m glad we are doing this.

I’m glad because in the few years that we have been together, she has made a tremendous influence in my life. And I’m confident she is the perfect person for me; She’s more than I have ever hoped for in my woman, and I’m honored to have her. I’m really excited about this and I look forward to what the future brings 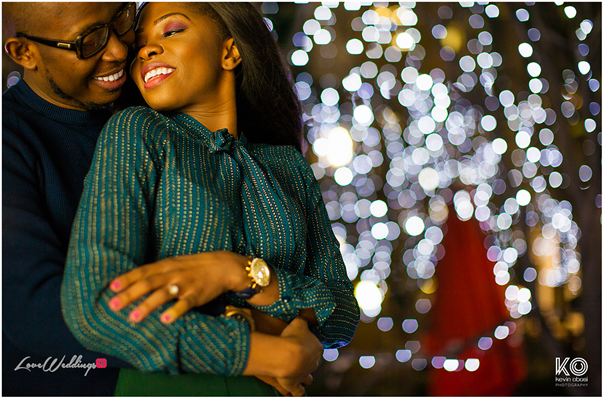 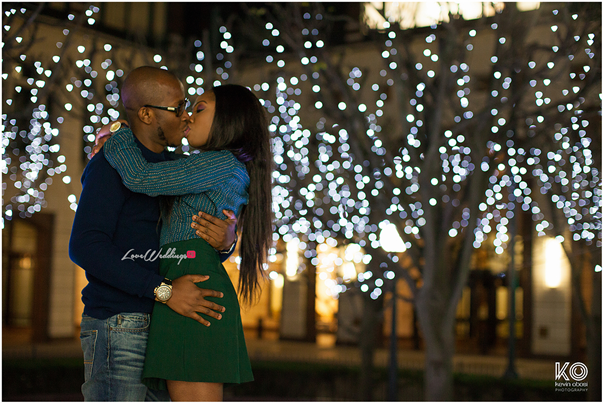 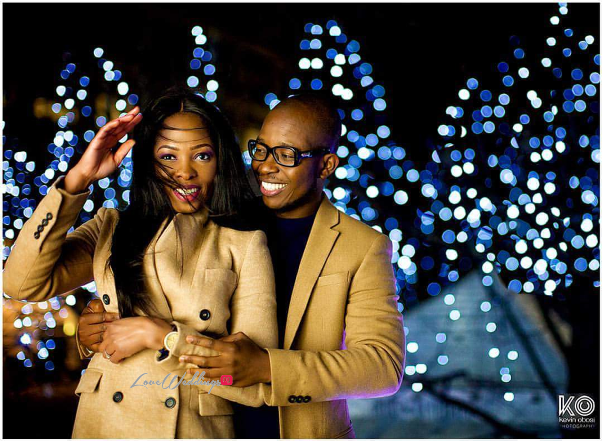 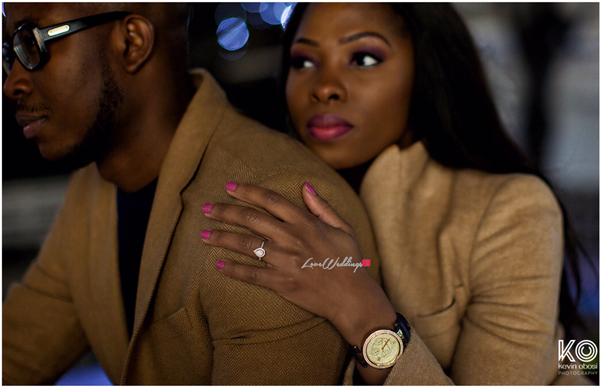 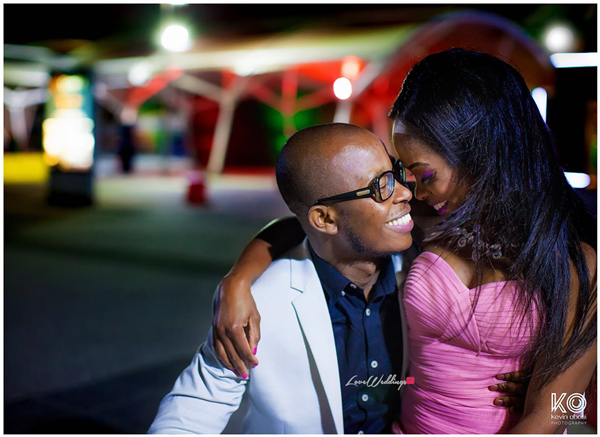 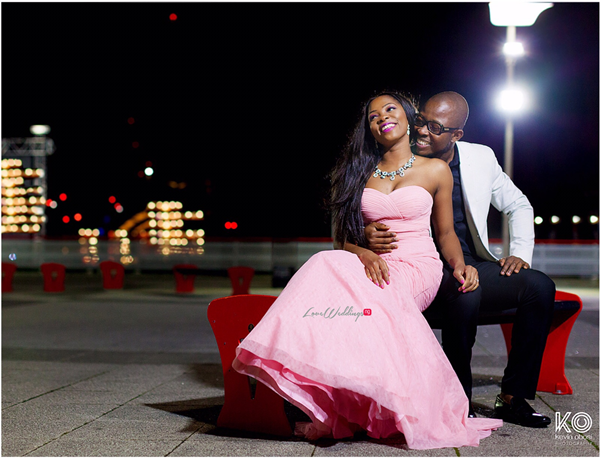