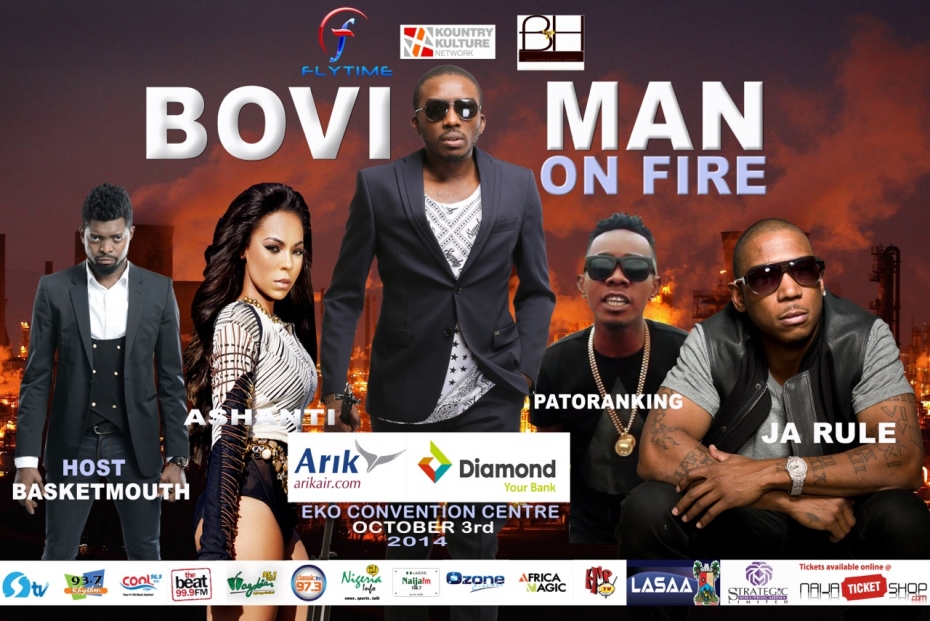 This Bovi no go kill person…

We came across this video from Bovi’s sold out comedy show – ‘Bovi – Man on Fire’, which held last year (2013) at Eko Hotel.

The comedian is ready for another show, which is due to hold on the 3rd of October 2014 at the Eko Convention centre. The show, described as the biggest comedy show in Nigeria, is organised by Flytime Promotions, Rhythm 93.7fm, Brownhill and Kountry Kulture. ‘Bovi – Man on Fire’ 2014 will feature performances by Hip hop legend Jarule, R&B artist Ashanti and Patoranking. The show will be hosted by Basketmouth is proudly sponsored by Diamond Bank and Arik Air.

Happily Ever After at Lakowe Lakes