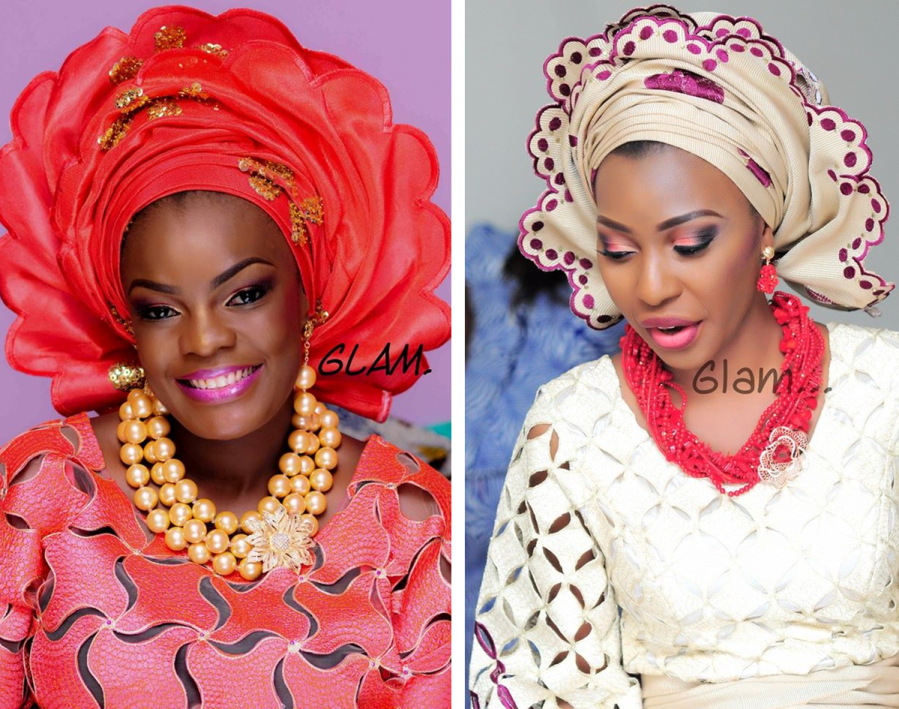 We caught up with Simi of Glam-Touch Makeovers and she gave us the low down on two traditional bridal looks we love. Enjoy!!!

Having a bride that comes for trials makes your job easier. When I saw Yomi’s picture, I felt I could just do same thing as usual. But on second thoughts, I thought peachy eyes and lips may turn out ‘too matchy’, so i decided to seek a second opinion. I asked my trainer and she told me to go for subtle pink lips… It worked well.

As a dark bride, I used all dark shades from Milani to MAC. For eye shadows – Sleek and BMPro and the lips – Occ Lip Tarr… Yomi has awesome features especially her brows… and the outcome after the gele…we love… 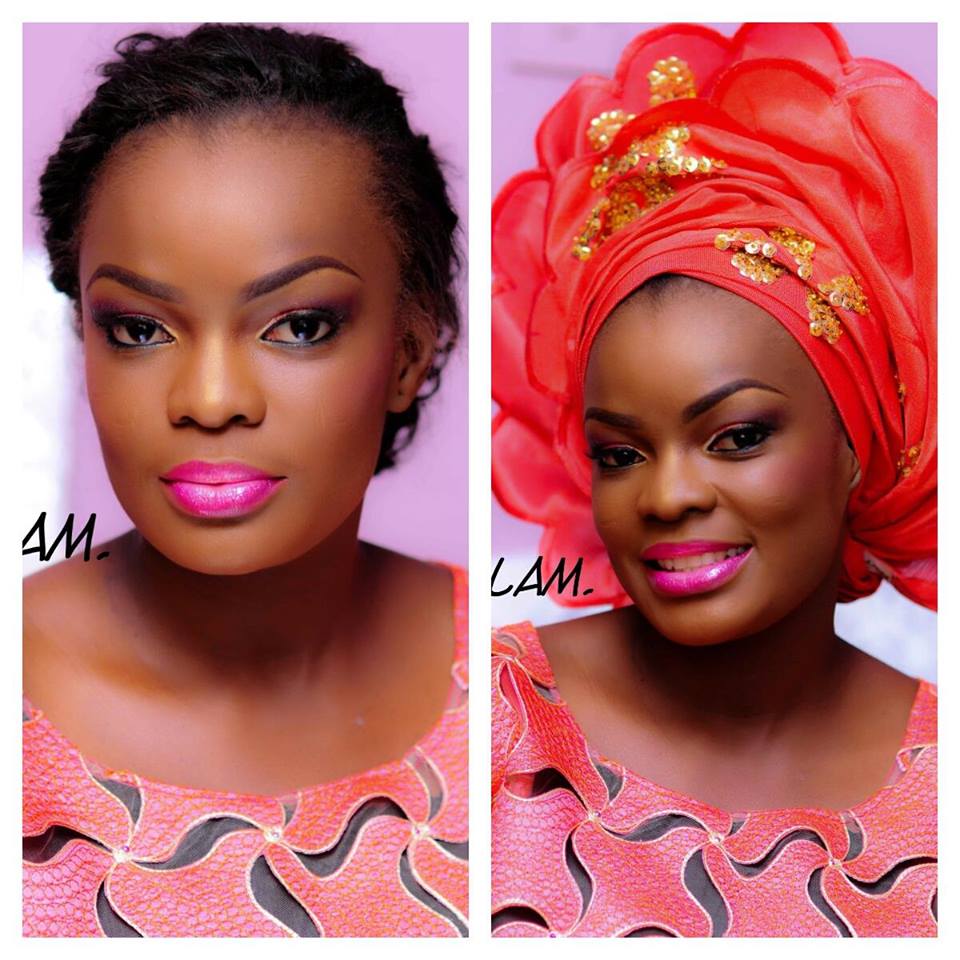 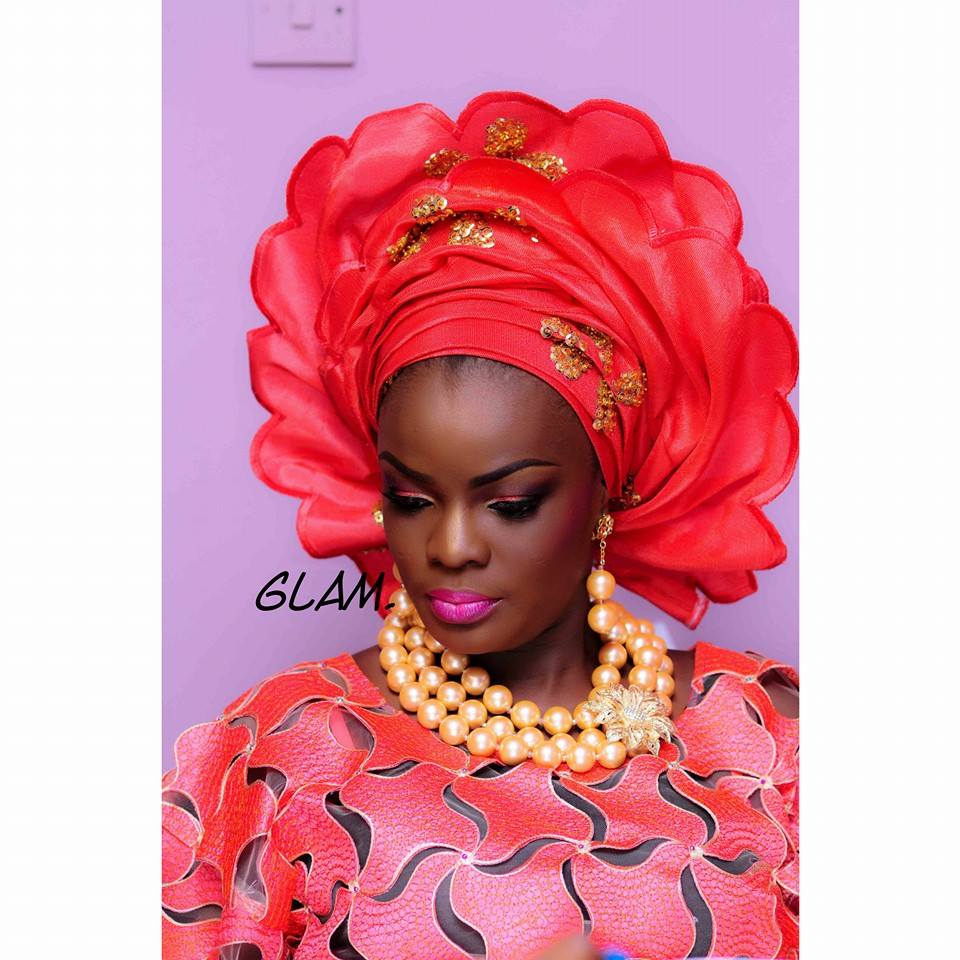 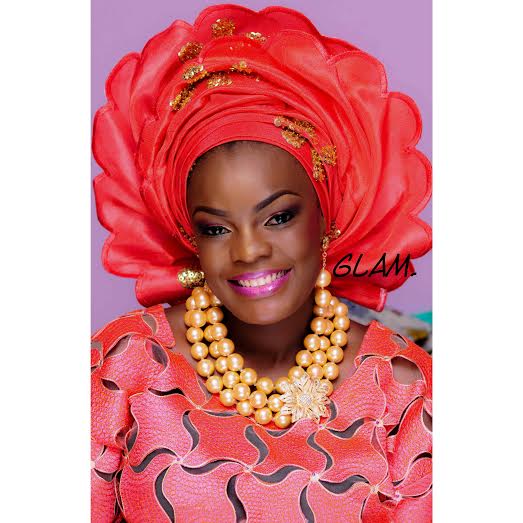 I met Folake for the first time on her big day. Before the day, all I had seen were pictures of her, which helped a little bit. But, when I met her in person, she looked lighter than what I had seen in pictures. So, I got to work (all hands on deck) … from Iman to La Girls to BMPro. For her lips, I used a darker shade on the upper lip, lined partly and defined them fully… It came out unbelievably nice, I must confess… 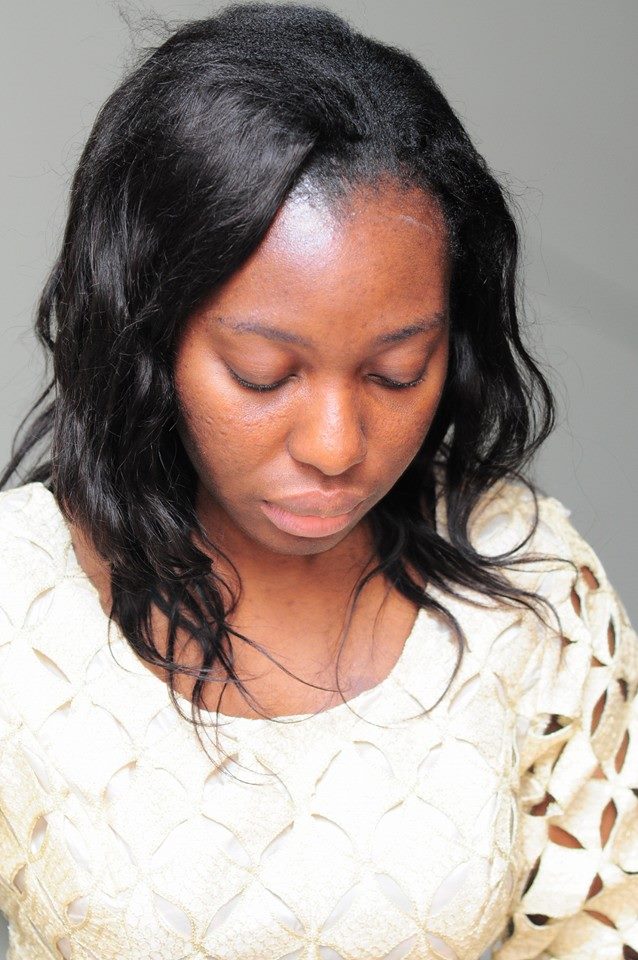 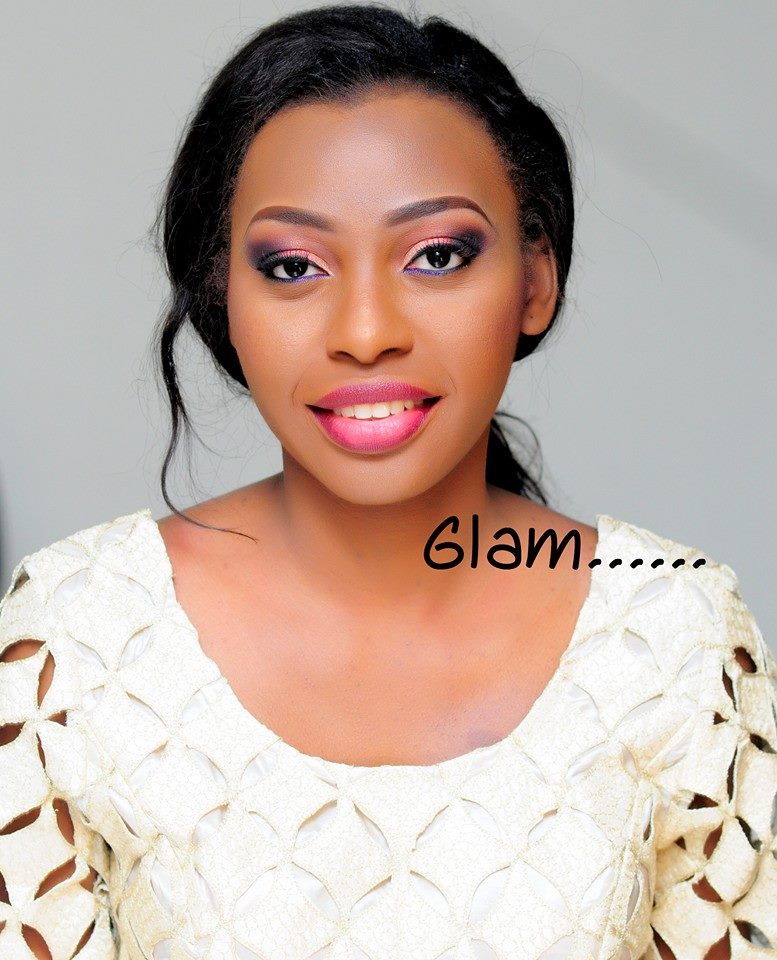 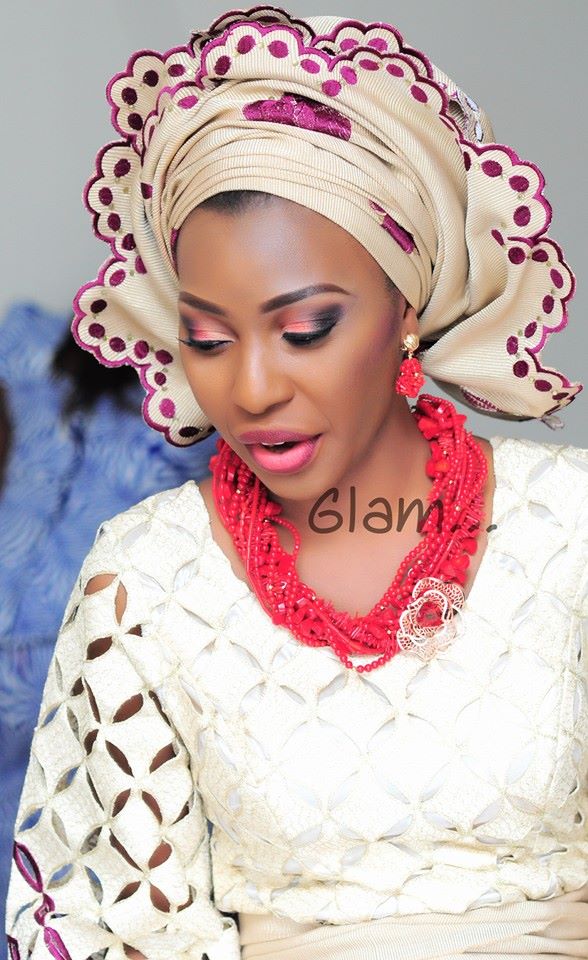 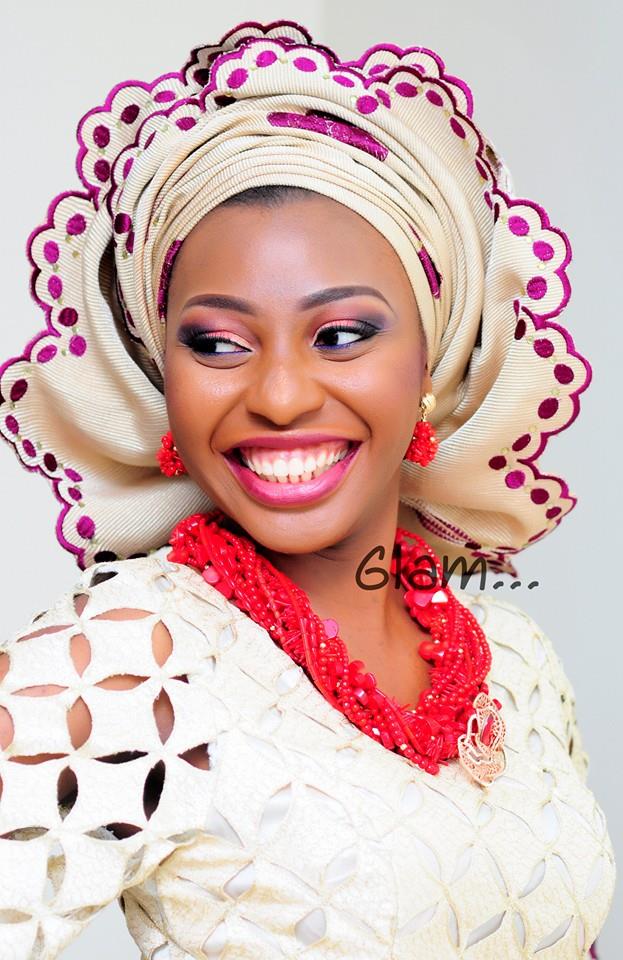