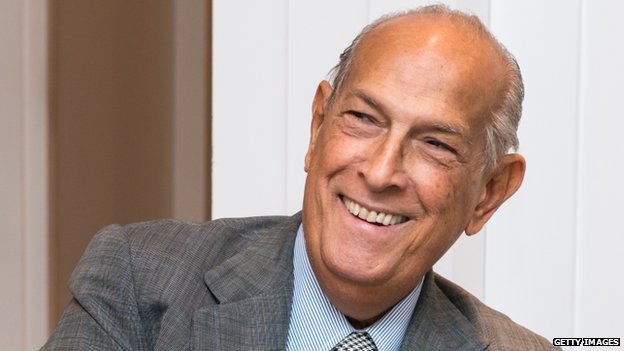 De La Renta, who most recently designed Amal Clooney’s wedding dress, was diagnosed with cancer in 2006.

Born in the Dominican Republic in 1932, he left home at 18 to study painting in Madrid, Spain.

He soon developed a love of fashion design and began an apprenticeship with Spain’s designer Cristobal Balenciaga.

De la Renta passed away at his home in Connecticut, reports say. The cause of his death was not immediately clear, although he had been diagnosed with cancer.

De la Renta made his name in the early 1960s when the then first lady, Jackie Kennedy, frequently wore his designs. He launched his own label several years later.

The designer had been awarded the lifetime achievement award of the Council of Fashion Designers of America.

He was also involved in the fragrance and accessories business.