Lap of Luxury: VIP Suites You Would Love 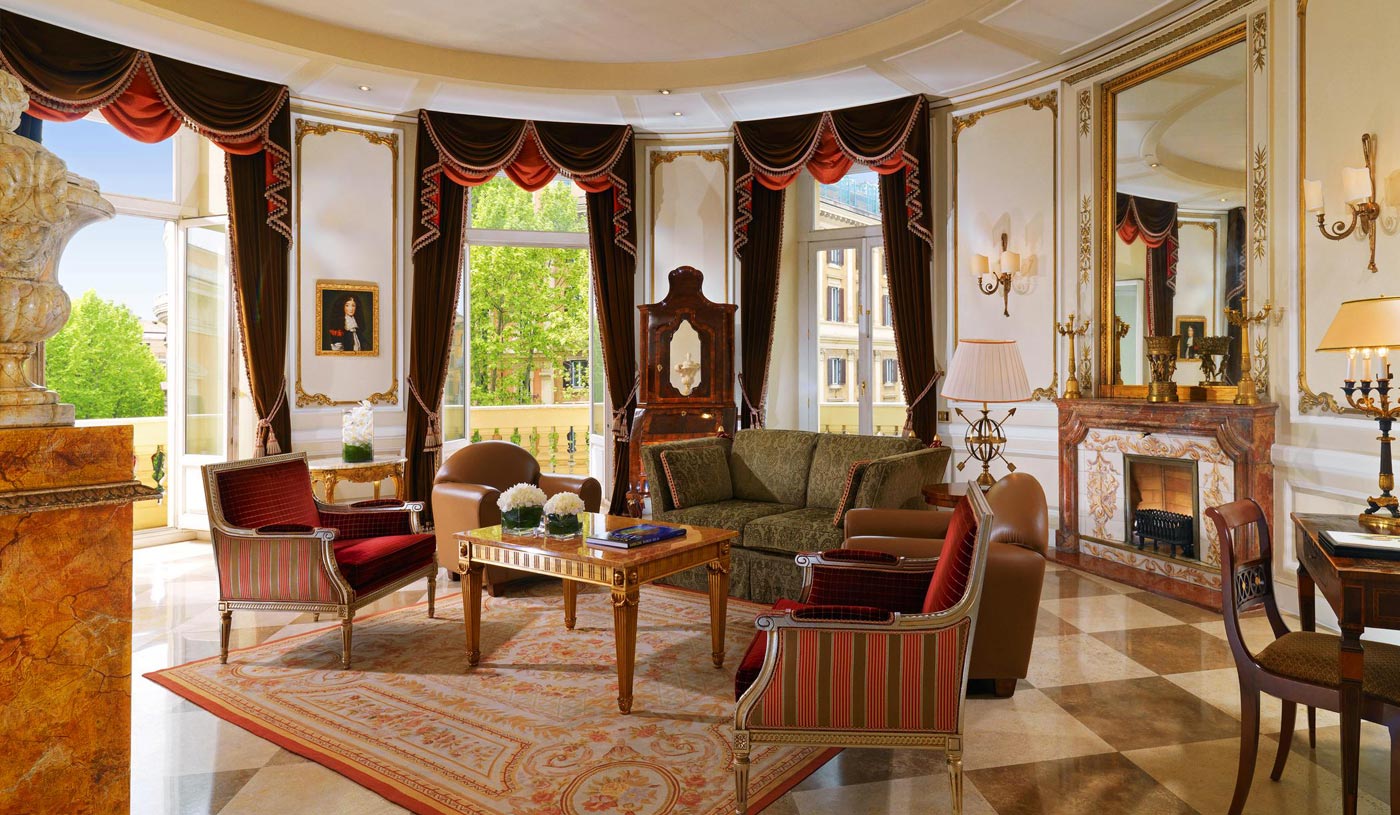 It is not only world leaders, royal families and mega-stars who can use the occasional indulgence. So if you’re looking for the perfect location for your honeymoon or just a place for a memorable get-away, KLM has put together a list of VIP suites you’d love. This article was published in the October 2014 issue of Holland Herald. Enjoy!!!

Everything glitters – including the gold-panelled lift – in the Maharaja Pavilion. The suite is in a former palace that has been painstakingly restored to its former splendour. The four-storey residence has a private entrance, library, museum (displaying an authentic maharaja throne), pool and roof terrace overlooking the splendid Charbagh Gardens. This autumn sees the reopening of Shahi Mahal, a suite that has taken 12 years to renovate, which combines the decadence of the Raj with the conveniences of today.

Whether you swim laps in the pool, catch the sun on the deck or pull back the curtains in the bedroom, the rugged slopes and distinctive flat top of Table Mountain are always in view. This, combined with original African art, boutique wines and tantalising food prepared by Japanese master chef Nobuyuki Matsuhisa, make the Presidential Suite irresistible. Previous guests have included Bill Clinton and U2.

Famous for being the largest and most luxurious suite in the world, the Royal Penthouse Suite in Geneva offers 12 rooms with attached marble bathrooms, a 1,700m square roof terrace, Steinway grand piano, Bang & Olufsen flat-screen TV with sound system, billiards table and gym. But the most unique feature is the panoramic view of Lake Geneva from the top floor.

You would expect the Royal Suite of one of the world’s only seven-star hotels to make an indelible impression. The helicopter ride to reach it certainly does, as does the sumptuous interior. And that’s just the beginning: two master bathrooms are equipped with Jacuzzis and separate five-head rain showers, there is a private cinema, library, 24-carat gold iPad, round-the-clock butler service and unrivalled views of the Arabian Gulf. Sleep like a baby in a super king-sized bed made up with exquisite Egyptian cotton linen and a choice of 17 different pillows.

Royals (from Monaco, Jordan and Norway) are regular guests at this charming hotel in the upscale ski resort of Lech. The decor is chalet chic: hand-painted woodwork, hunting trophies, open hearths and private balconies overlooking the Zuger Valley. For decades, the hotel has also been the lodging of choice for the Dutch royal family, who usually stay in a separate wing. The Kaiser Suite is the most exclusive.

Lovers of antiquity may find it hard to leave Villa La Cupola, the largest suite in Italy and probably the most luxurious. The central attraction is the living room, which features a stunning 12-metre-high, hand-painted dome. A marble staircase leads to the upper floor, where a private Roman bathhouse is equipped with a Jacuzzi, steam bath and sauna. Here, the horizon in the frescoes perfectly matches the horizon of the city, which can be seen through the over-sized windows.

This restored music school combines 19th century architecture with contemporary Dutch design. The Presidential Suite extends over two floors. From the second floor, a spiral staircase leads to the roof terrace and 360-degree views of the city’s Museum District.

A Presidential Suite that lives up to its name. Since its opening in 1931, every president of the United States has stayed here and traditionally left behind a gift. Guests can relax in John F. Kennedy’s rocking chair or write a letter from Dwight Eisenhower’s desk. Bath towels are monogrammed with the current president’s initials.