When A Man Takes His Wife’s Surname … Zoe & Marco 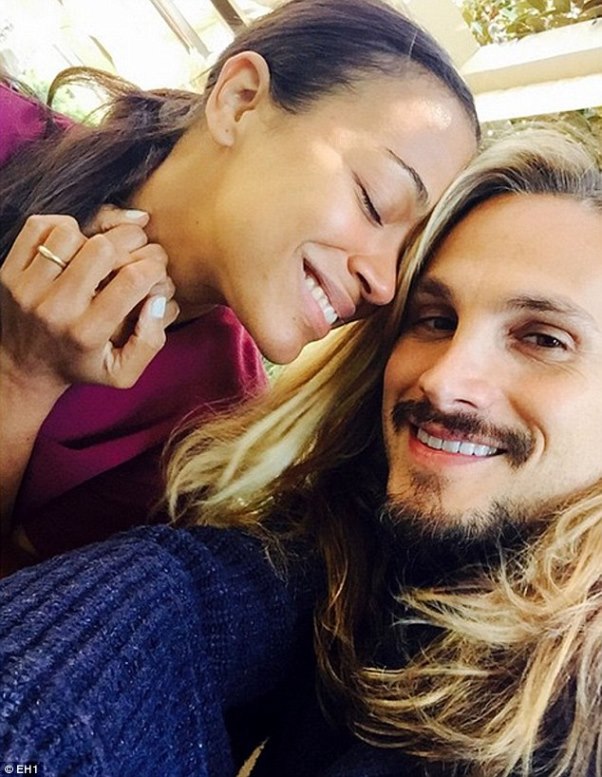 So the internet has been going absolutely crazy since the news broke in InStyle magazine’s July 2015 issue.

Hollywood actress Zoe Saldana got married and her husband – Marco and he took her last name. The actress took to Facebook to address the issue. Read her statement below;

Fathers, sons, brothers, men everywhere: Your legacy will not perish if you take your partner’s surname, or she keeps hers. I’ve been made aware that a comment I made regarding my marriage has garnered some attention. I felt proud that my husband decided to take my last name as his own… and I his. I shared my hesitation with him when he told me about his decision, not only did he say, “I don’t give a shhheeeetttt!!” (with a very strong Italian accent!!) he also asked me, “Why not? What are you so afraid of?” And it made me wonder… What am I so afraid of?

Why is it so surprising, shocking- eventful that a man would take his wife’s surname? Women have never been asked if its ok for them to give up their names — why doesn’t that make the news?

Men, you will not cease to exist by taking your partner’s surname. On the contrary — you’ll be remembered as a man who stood by change. I know our sons will respect and admire their father more because their father lead by example.

Gentlemen, I implore you to think outside the box- remove the box altogether. Let’s redefine masculinity. A real “man” leads along side his partner. A real man accepts his mortality. A real man acknowledges that nothing can be done alone.

I hope that the “buzz” behind this topic isn’t just for gossip — but an inspiration for us all to look within and see what is truly important.

Let’s start by letting go of some of the limitations we have inherited from the past, and forge a new path moving forward.

Sorry for any mistypes LOL

So if we have understand Zoe and Marco’s statement above, Zoe still took his last name. In fact, they swapped surnames. So why is it such a big deal…

To make this absolutely clear (from Zoe and Marco’s statement), this means Zoe Saldana is now Zoe Perego and Marco Perego is now Marco Saldana. Yes, we know its unusual  but why is it such a huge deal.

People can change their names whenever they want so why is it strange that a man has decided to take his bride’s last name? What do you think?