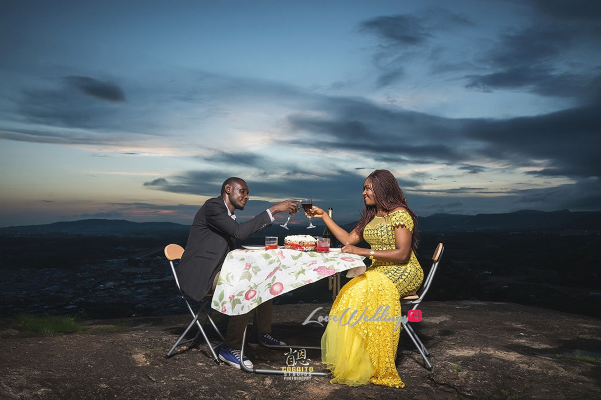 For the first time this Season 2, My Big Nigerian Wedding is making its debut in the nation’s capital, Abuja. And to kick things off on a very exciting note, Blessing & George have emerged winners of the competition and are set to wed by the end of this month.

The lovely couple met through a mutual friend after George saw Blessing’s photo used as her Blackberry DP. The rest is this beautiful story where love always wins. Read their story and view pictures from their pre-wedding shoot below;

Early in 2012, a friend of mine, Bella, calls me and asks if I’d want to meet someone since I was on a sabbatical from relationships. She asked if I’d want to meet a guy and I was like, why? She said he saw my picture on her DP and told her I was his wife. And I was like, what a fake line. Of all the toasting lines, he would bring that one. After she begged and pleaded with me to at least let him have my PIN, days later I accepted but warned her not to give him my number.

On chatting with him, I found out he was actually course mates with my immediate elder sister and I knew him. I wasn’t sure I wanted a relationship at first. But after about 7 months, on Christmas day! I sent him my number. I had missed my flight to Abuja and had to sleep in a family friend’s house in Lagos. We agreed to see and talk.

He came to meet me at the airport and we went out to have a drink. He was very quiet and simple, leaving his friend and cousin to fuel the conversation while he just observed me. Somehow, when he dropped me off at the airport, we didn’t feel like leaving each other. I thought he would kiss my cheek; he thought I’d hit him if he tried. I probably would have.

Plenty drama ensued between myself and him-one time I told him to stop calling me. After months of having him come to see me monthly, I agreed to date him on August 9, a month shy of my birth date.

Blessing was an acquaintance I met almost a decade ago while visiting her sister who happened to be my course mate in the University. We had met no more than twice in our entire lives at that point (3, if you include a random encounter where I didn’t even notice her at all).

The funny thing was that years later, we met through a mutual friend of ours Bella. Immediately I saw her picture on Bella’s DP, I said, this is my wife. Bella did the hook up, we shared BBM pins and kicked off. Like in our first encounter, our chats were always brief. She barely responded to my messages.

And expectedly, we didn’t stay in touch. She never sent me a message and I never contacted her since I didn’t have her number and she refused to give It to me.

One day, I sent her a message a week before Christmas and she responded on Christmas day. When I saw this out-of-the-blue message from her whom I had only met like twice in my entire life and who barely tried to reach out before, my first thoughts were skeptical at best. I asked for her number and she sent it. I called her up immediately and we agreed to see the following day as she had stuff to do that day.

I picked her up and guess what I thought? How rare that a lady would be so open in sharing, I thought. She was earnest and sincere. Plus, she spoke about her passion for writing and her gifts and I thought that was sweet. She seemed friendly, sensitive, and without airs I liked how the conversation was going. Months later, I said something I shouldn’t have said and she warned me not to contact her again.

However, we started talking again and gradually we were talking every few minutes. Blessing had this sensitivity and sincerity that made me keen to hear from her and share more about me.
If I were to give a score, Blessing was easily scoring A’s in just emotional quotient alone. Her kindness and sensitivity were at a level which I had never seen in any other lady before and I mean it.

Whether this brewing bond was platonic or romantic — I didn’t know. For all I knew, I loved the feeling and I didn’t want it to stop. 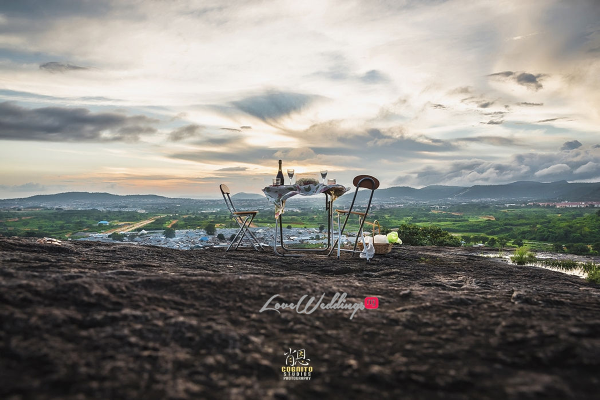 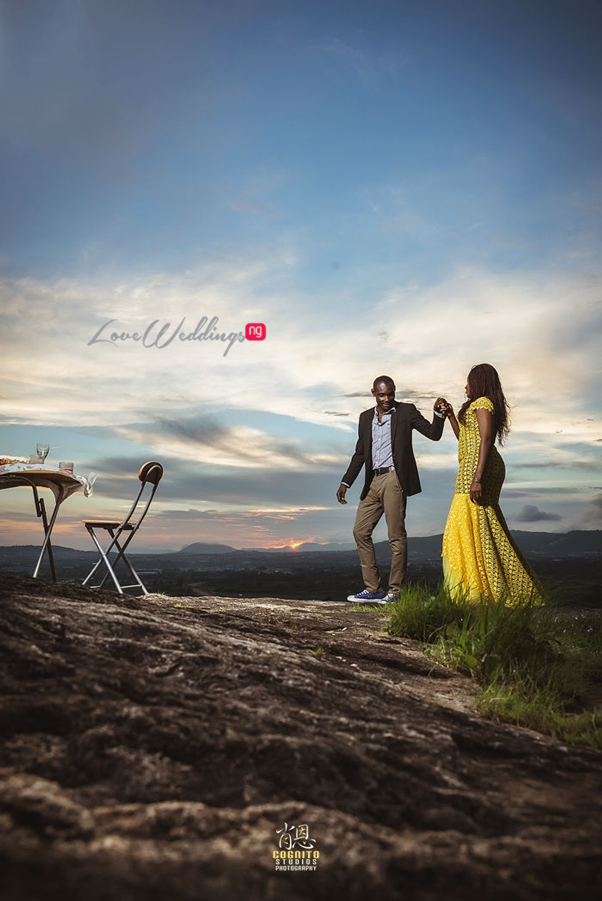 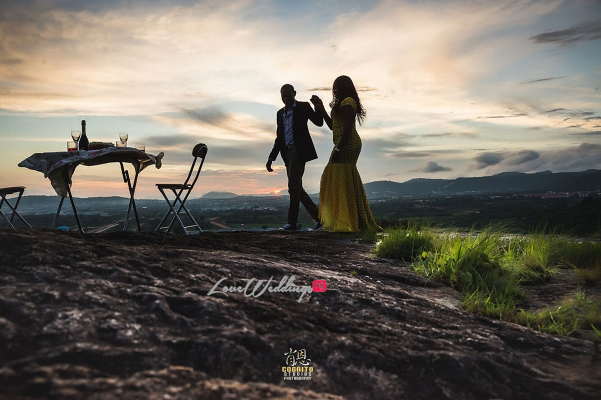 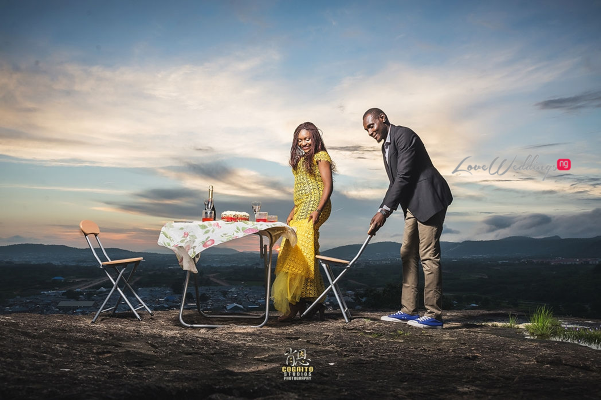 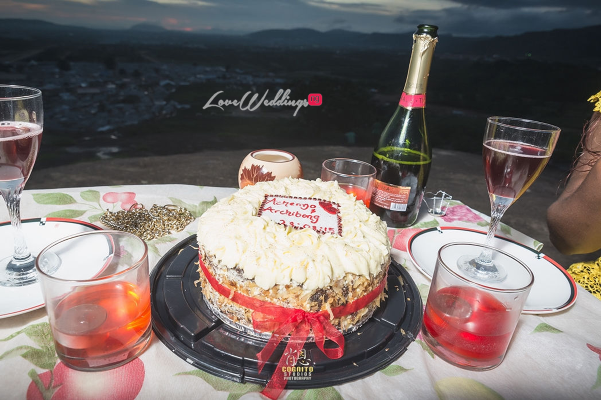 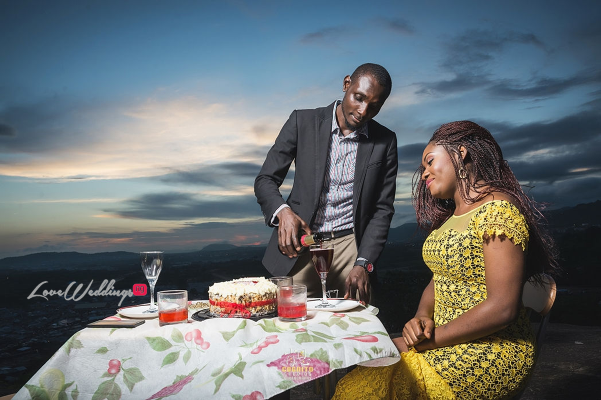 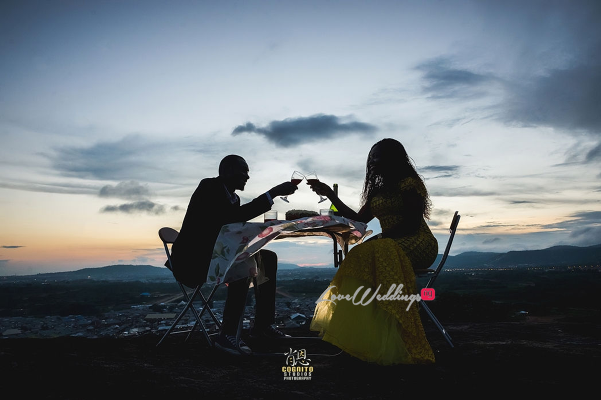 It wasn’t the romantic dramatic thing I would have dreamed but I was surprised. He’s not the kind of person to whip out a ring and go on one knee (but he does have potential and we are working on that-evil grin). I already knew he wanted to marry me but he had gotten into Abuja the evening before but we couldn’t see. The next day he was waiting for me at my office, chatting with my colleague. I told him to come into my office and there on my table was a pretty bag. I was oohing and aahing and then I see a note in the bag saying he was happy being with me and was ready to take the next step in this journey with me. Would I do him the honour of being his wife? I turned back to see him kneel with a ring box and I’m laughing and screaming (I can’t call that screaming though) and he’s confused, standing and kneeling again. I can’t remember saying YES (I knew we were going to get married). I just remember thrusting my finger and him slipping it on.

Coming from him, it was so sweet that he put me first and thought to do something that would make me really smile.

I totally wanted to catch her by surprise since she always thought I wouldn’t propose. I got this hand bag and slipped a note inside, saying that I wanted to take our journey of friendship to the next level by making her my wife.

I had the bag put in her office before her arrival. She arrived and as we entered her office, she saw the bag on her desk and thought it was one of the normal gifts I give sometimes. It wasn’t until she opened the bag and read the note, that she noticed that I was proposing. I was shy as it was a bit awkward for me but since she liked that sort thing, it was worth it just seeing her expression. 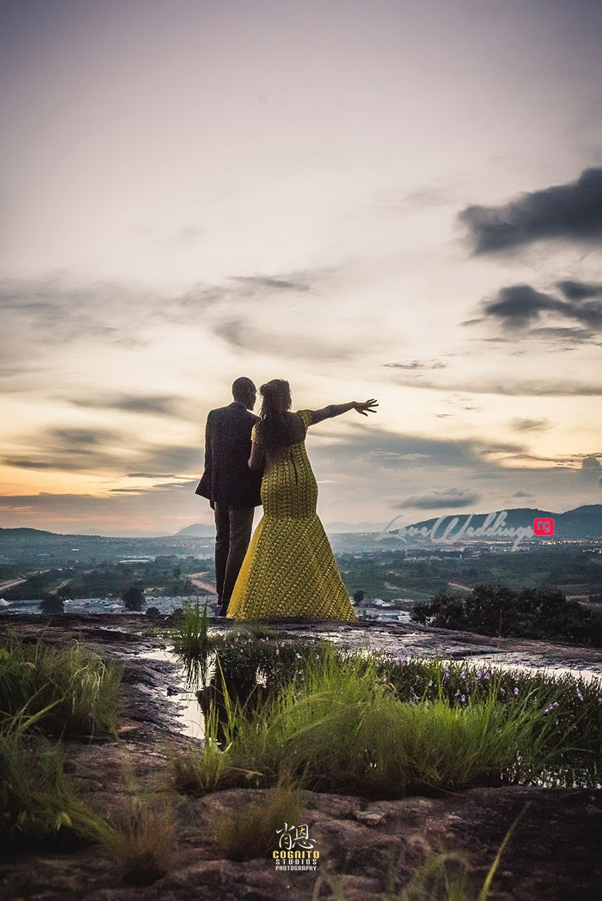 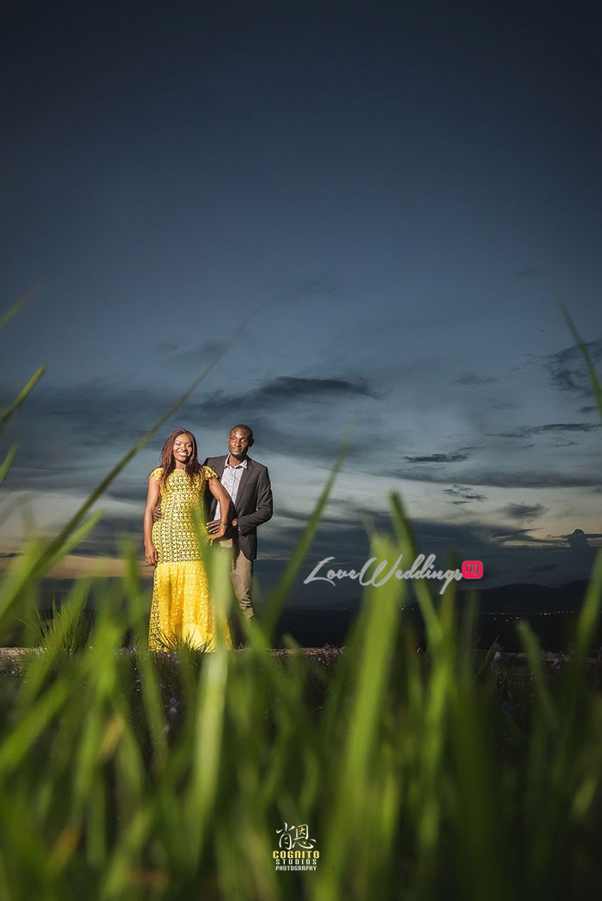 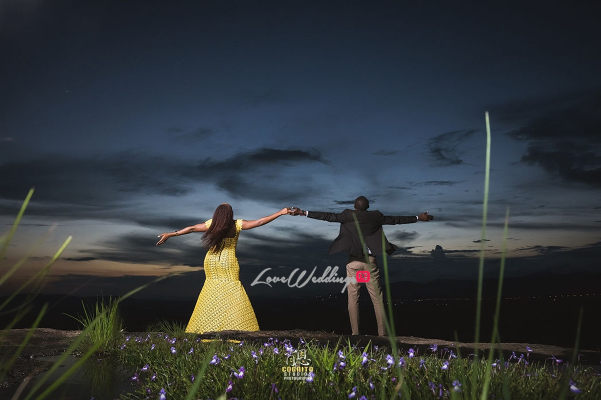 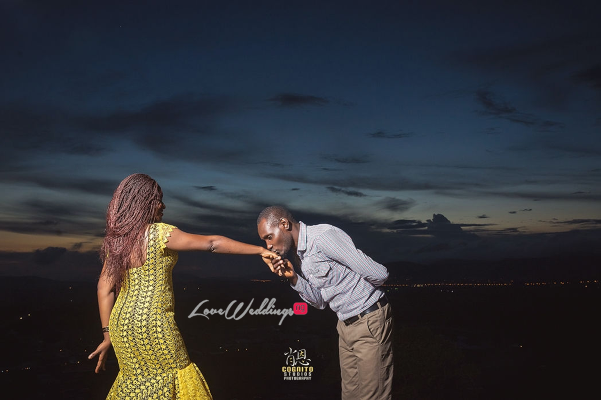 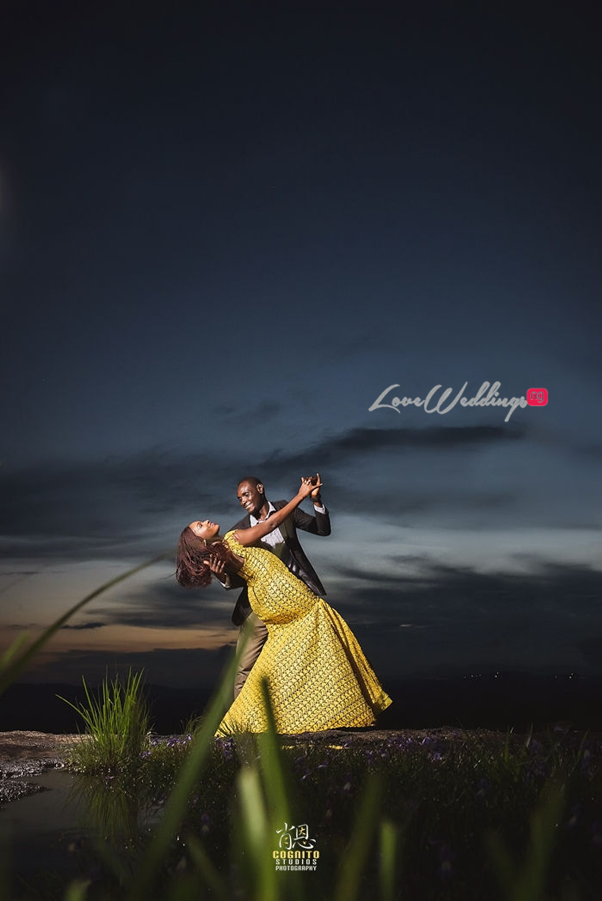 The Journey So Far

Amazing, interesting, annoying and exciting. He’s really solid and helps to steady me. We learn from each other everyday and I absolutely adore that he loves God and just has so much faith- in God, family, me and everyone. He believes so much in me that I feel like wonder woman sometimes. We have our issues (and boy, we do have them) but we try to sort them all out. And the fact that he tried to visit me every month even when it wasn’t convenient was absolutely a winner.‎ He’s patient, humble and quiet (which can be annoying) and can curb my excesses. I have learned to be more confident in my giftings, more prudent, more deeper with God walking with him.

Truth is, I didn’t see him coming when he did but I’m glad God gave me the common sense to choose him.

We love big and fight big. (lol). Blessing is a lady I could see myself with in life because of her openness, big heart, and genuine care towards me and people. At the same time, I was unsure about our long-term future, primarily because of our personality differences. To be honest I struggled with this initially as her personality can be a bit overwhelming- she seems to burst with life. I thought it would be great if we were compatible in every way.

Emotionally, Blessing is beyond what I could have ever asked for. I had always wanted someone kind: Blessing is not only kind, but also sensitive, reliable, open, caring, empathetic, patient, and sweet.

Physically, Blessing is again beyond what I could have asked for. She has an amazing body, charming, pretty, and takes care to dress herself well. Spiritually, Blessing loves God, and I wanted us both to have that kind of relationship with God.

After some thought, I realized I was okay with not having full compatibility. I realized what I truly needed in a partner was emotional availability, kindness, being caring, and Blessing was already all of that, plus some more. I couldn’t have asked for more.

This was the first time when I thought, ‘Hey, I think this is someone I can see myself with for life’. 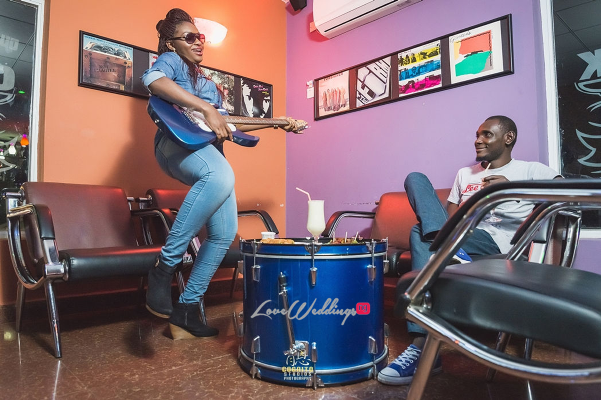 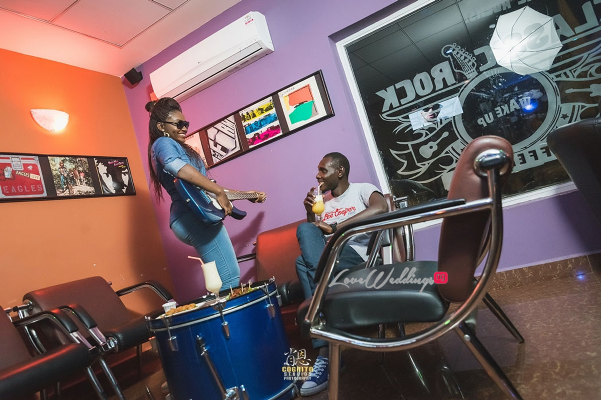 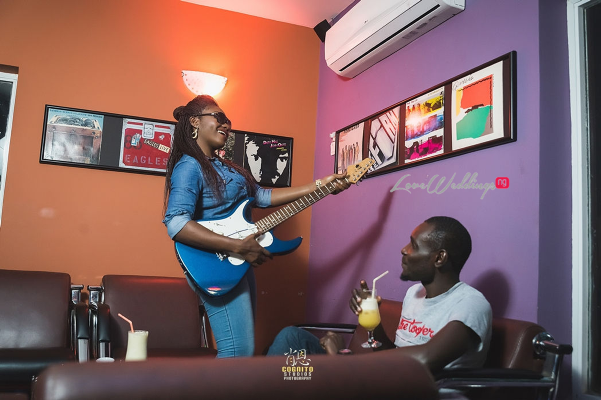 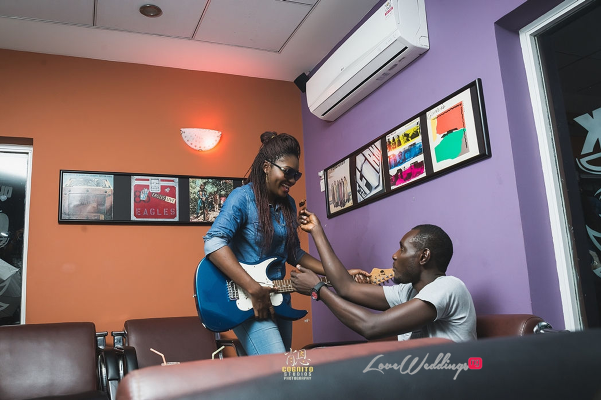 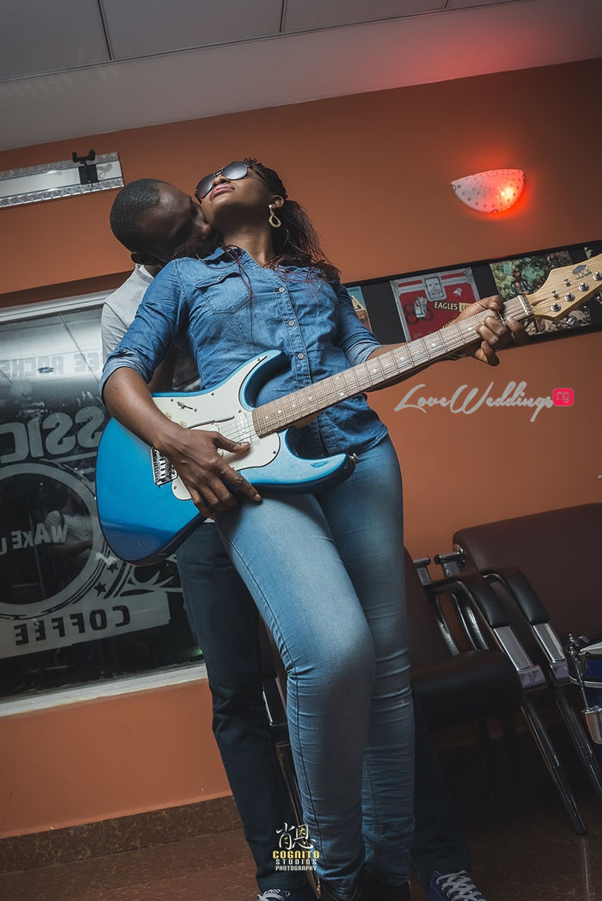 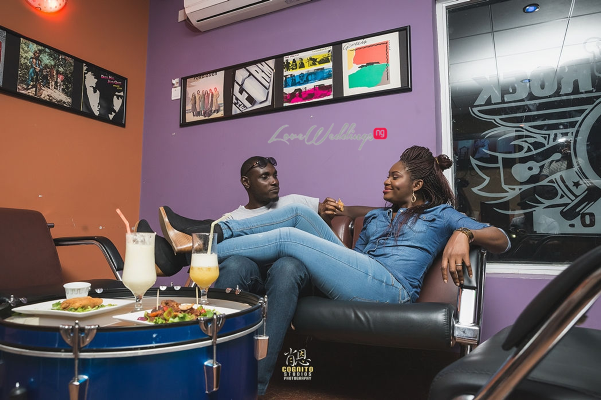 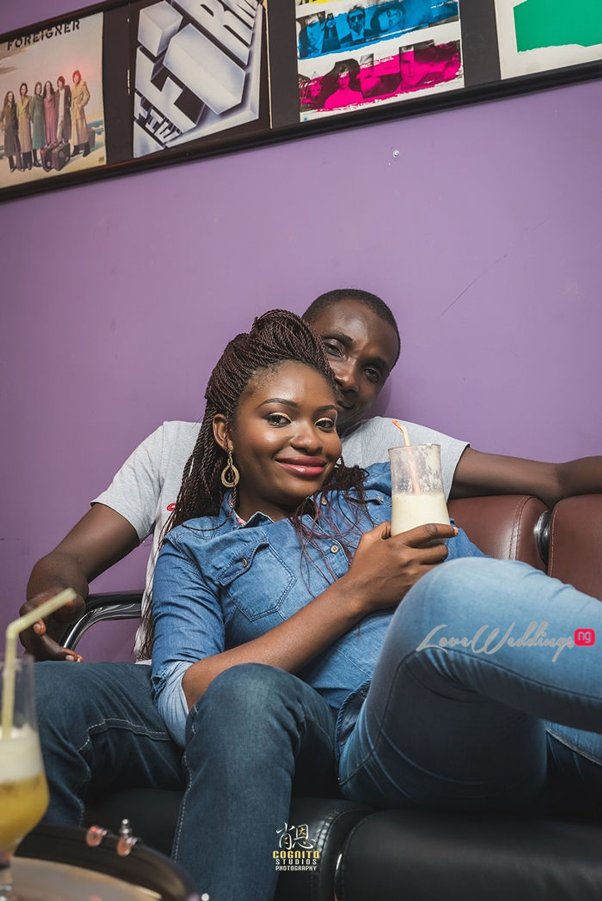 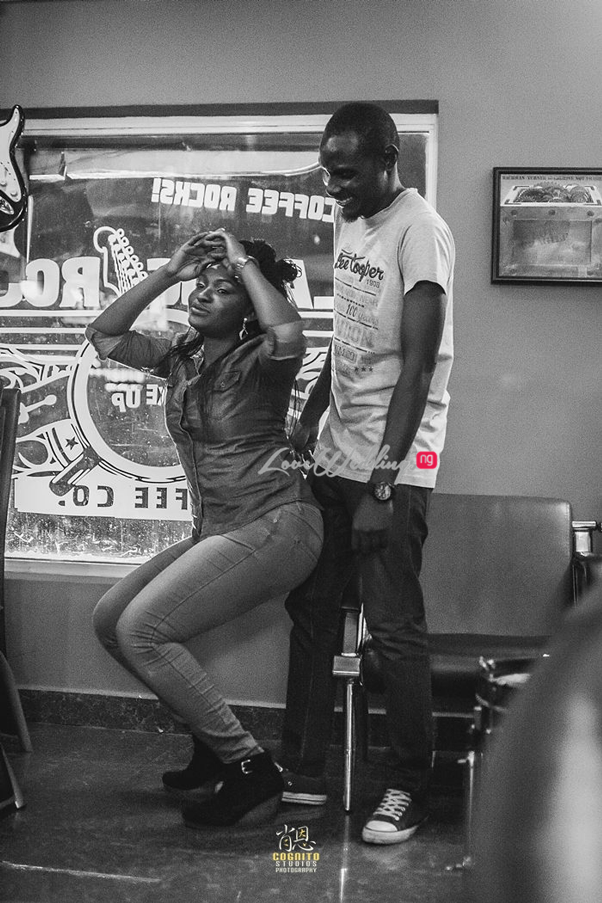 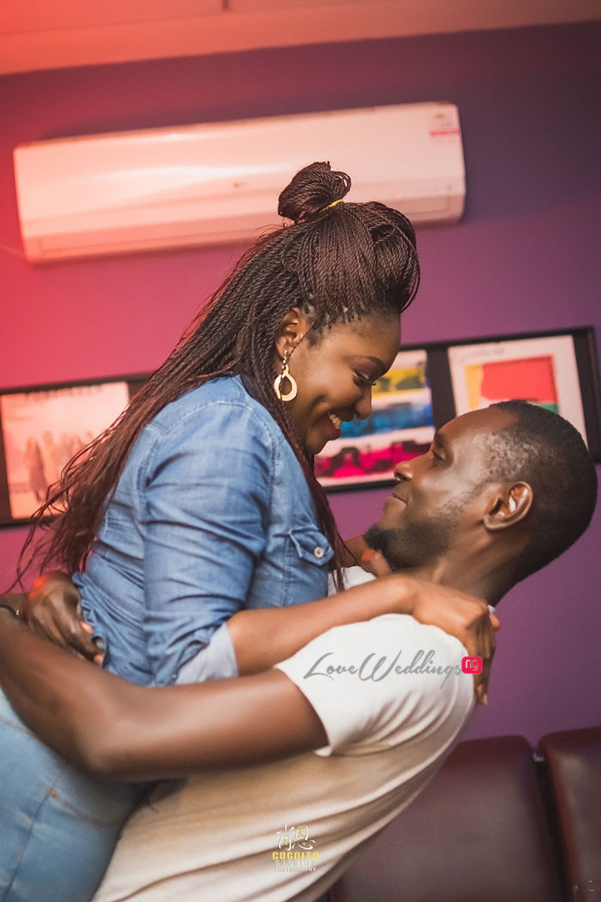 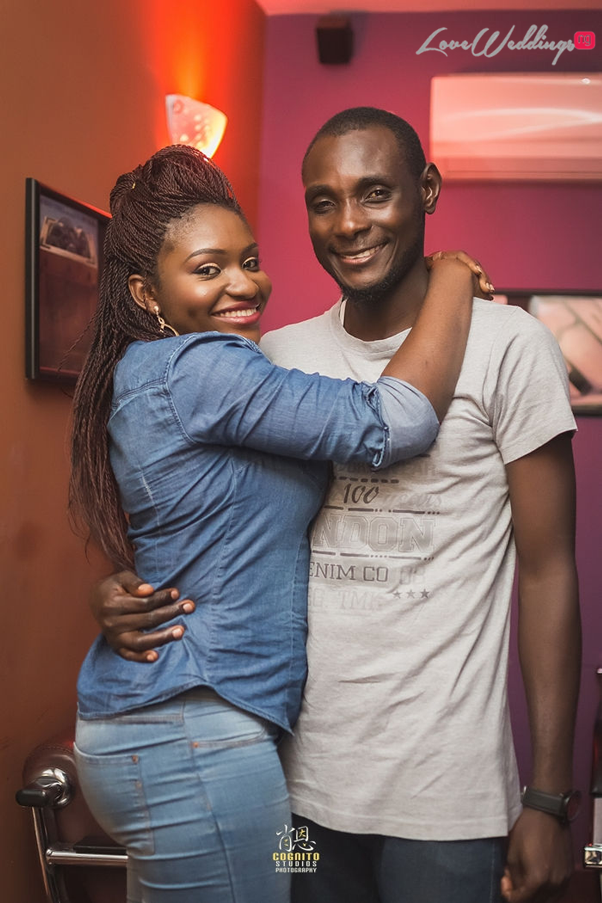