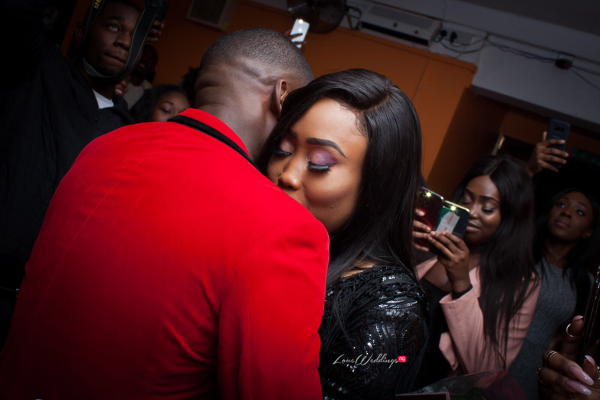 Entertainer and DJ, Manny Bells proposed to his girlfriend, Racheal at an event that was supposed to be a girls night out. We caught up with the couple who shared their story on how they met and the proposal story with us.

I was living in Northampton when I was first introduced to Racheal by her best friend Harmonii (who also happens to be my best friend as well). In 2014, we started talking but nothing too serious at the time. She would tell you that I apparently sent her a text message quoting Brymo’s ‘Good Morning Omoge’, which I have no recollection of.

But on her 24th birthday, I remember sending her a video recording just as a friend praying for her and at the end of the prayer in the video; I said these exact words ‘ I pray that your husband comes this year, but don’t get it twisted because man’s already here init (referring to myself)’. I believe as soon as I said those words, a seed was sown, and God orchestrated the rest.

I still remember our first date, we went for some dinner (nothing too fancy) and then went to the movies. We took our relationship very slowly because I had come out of a tough relationship and didn’t want to jump into anything serious. The more we spoke to each other and the more we kept meeting up, we both knew that there was something there between us. I remember speaking to my friend Harmonii telling her that I’m starting to like her friend, Racheal and she just told me not to mess her friend around, and I took her advice. Racheal and I decided to take the relationship serious and we haven’t looked back ever since. 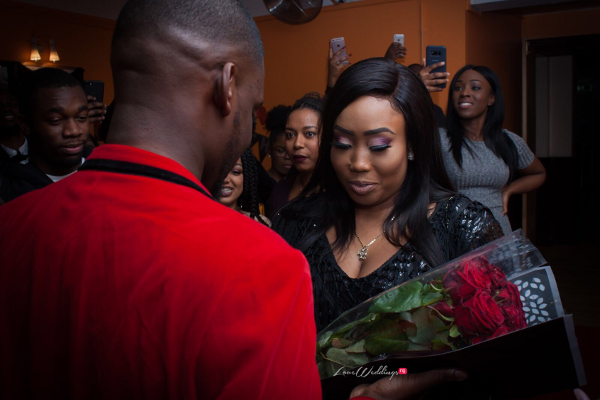 I had the help of Racheal’s close friends Siobhan and Lily; I planned to surprise Racheal and her sisters and my sisters as well. There were a lot of lies being told (all for a good cause). The idea was to pretend she was having a girls night out, which was the perfect cover up. I had arranged for all her friends and family to be present along with my friends and family.

I had to make sure there was a saxophonist present. There’s just something so beautiful about that instrument thanks to Tashomi. And her reaction to everything is what you see in the video below. Everything was captured so perfectly and beautifully by Dan Ogunsanwo. 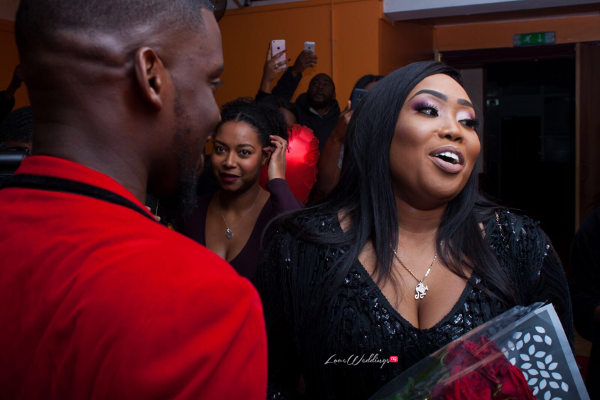