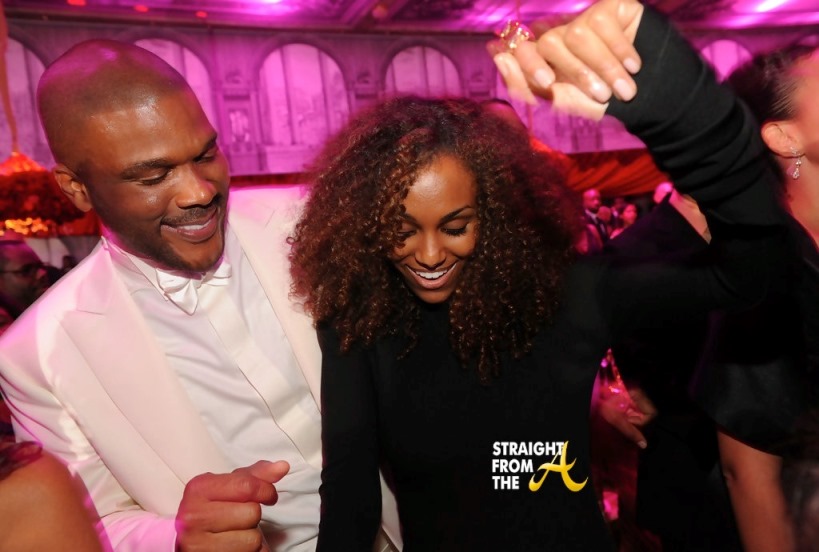 Actor and director – Tyler Perry (aged 45) is expecting his first child with his longtime girlfriend, model and activist Gelila Bekele, according to People. A source says;

“Tyler is thrilled. He and Gelila are so excited. They’ve got the nursery ready and he’s ready to change diapers. He will make a wonderful father. You will never find a more loving, patient, honorable or decent man than Tyler Perry. Any child would be blessed to have him as a father.”

Perry actually predicted the timing of becoming a father pretty accurately. In early 2013, when he was 43, Perry told Steve Harvey on his talk show that he’d probably be 45 when he finally became a dad. And he said he’d be a good one, too. He said;

“I know I would be a great father. I don’t want to work this hard, I don’t want to have all this and not leave it to my children. I also know that as hard as I’m working, doing 20 hours a day, now is not the time … Eventually I’ll get there.”

When Harvey pointed out that Perry will be 60 when his child is 15, Perry jokingly replied: “I’ll hire somebody to take him to the basketball court.” Watch the video below;