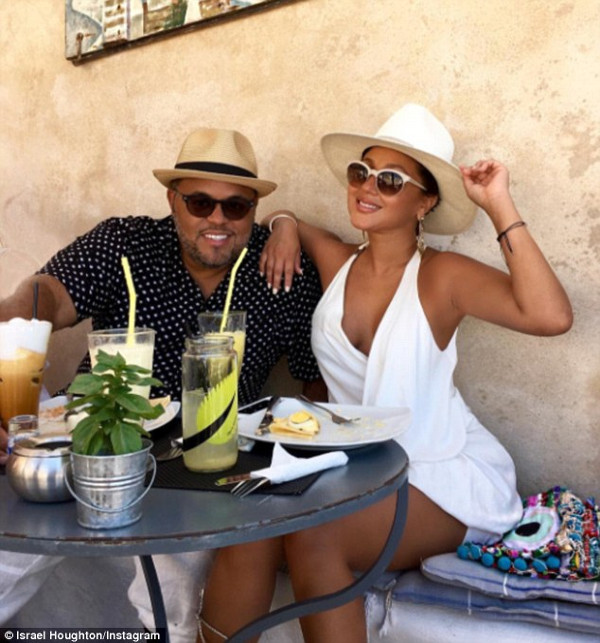 Israel Houghton surprised his 32-year-old girlfriend Adrienne Bailon when they arrived in Paris on Friday with a marriage proposal. She said Yes and quickly took to Instagram to share the news with a video showing her massive diamond ring alongside the glittering Eiffel Tower with the caption ‘You. Me. Oui.’

Israel posted a still from the video with a very lengthy caption. See below

I have seen and felt the essence of Gods grace through the life, the kindness and the courage of this woman. I’ve seen her attacked, lied about, wrongfully accused, mocked, laughed at, and misunderstood. But, I’ve also seen the shining example of the eagle she is that rises above the cacophony of the noise of ignorants- I’m learning from her example. She loves Jesus. She loves her family. She loves people. Even the ones that don’t love her back. I pray God give me that same grace in my life. I’ve taken a giant leap of faith in asking her to share life with me forever and to give me a shot at getting it right this time… She has graciously granted my request… She said yes. Thanks Be To God. Thank you @adriennebailon for graciously loving me.

Israel secretly flew Adrienne’s parents – Freddie and Nilda, who are celebrating 20 years of marriage into Paris. Overwhelmed, the talk show host said on Instagram: ‘The love of my life gave me the sweetest surprise EVER yesterday morning when we landed in Paris… MY PARENTS!!! It’s there [sic] wedding anniversary so, he flew them here to celebrate! Ahhh still in SHOCK… My heart is so full it could BURST!’ 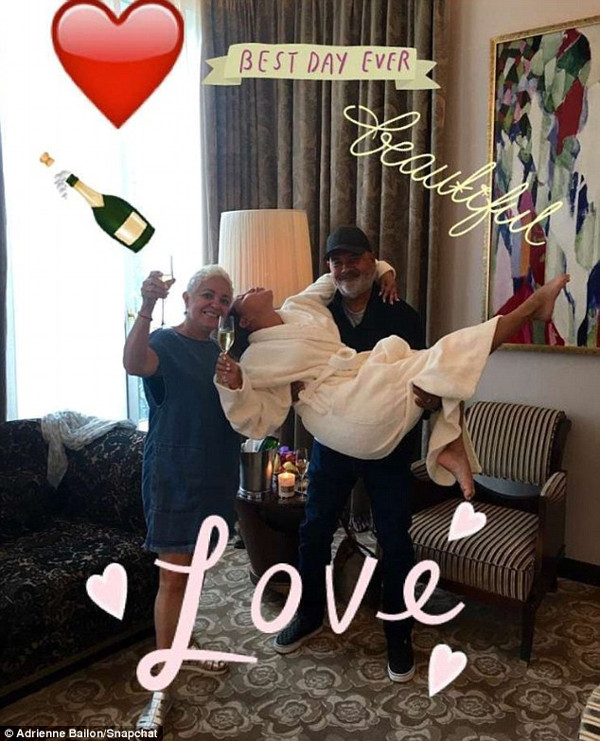 The couple had just completed a luxurious vacation in the Greek Islands after going public in March; a month after Israel announced that he and Meleasa were divorcing after 20 years of marriage, blaming himself saying ‘several years ago [he] failed and sinned’ in his marriage.

This is Adrienne’s second engagement; she also recently become single after calling off her engagement to Roc Nation executive Lenny Santiago in September after six years together.