Hello wedding lovers, last week was full of surprises! From a couple who said ‘I Do’ at 36,000 ft, Simi’s mum getting married (#FAJO2018), the inside scoop of the much anticipated royal wedding in May and Ed Sheeran’s engagement announcement; we have all the hot wedding news that trended last week.

Nigerian singer, Simi’s 61-year old mum – Jedidah Ogunleye got married to Feyisayo Akinsola over the weekend at the Daystar Christian Centre. The wedding ceremony was officiated by Rev. Sam Adeyemi. For their first dance, the couple danced to ‘Complete‘ by Simi and Simi, who was also the Maid of Honour, performed Joromi as the latest couple danced. See snippets from the #FAJO2018 below;

Ed Sheeran is Engaged! The singer got engaged to his longtime girlfriend Cherry Seaborn, who he wrote the song ‘Perfect’ for. Ed shared the news on Instagram saying he proposed in December 2017, just in time before the New Year!

Still on engagement news! Glee star, Darren Criss and his long time girlfriend Mia got engaged after dating for 7 years.

Mia and I have had seven and a half years of fun, wacky, wonderful, CRAZY adventures together. And I’m happy to announce that we’re kicking those adventures up a notch. We’re goin for it. To boldly go where neither of us have gone before. Engage. ???

Pope Francis officiated the marriage ceremony of two flight attendants on a trip to Lquique, Chile. The couple, Paula Podest Ruiz and Carlos Ciuffardi Elorriga were working on board and asked him to bless their union. They were married in a civil ceremony eight years ago and had been planning a religious ceremony at their parish church near Santiago before their plans were ruined by the 8.8 magnitude earthquake which also triggered a tsunami, in 2010.

Now on to some royal wedding news! According to E!, Meghan Markle enlisted the help of her bestie and Canadian bridal stylist – Jessica Malroney to help her pick the dress. The fitting was top secret and only five people know who the designer is, according to E!’s sources. Omid Scboic told Good Morning America that Meghan wants to wear something simple, classy and very elegant. He also said Jessica Malroney’s daughter – Ivy, Prince William and Kate Middleton’s daughter – Princess Charlotte are going to be flower girls while Prince George will be the page boy. Prince Harry has also reportedly put Ed Sheeran at the top of his list to perform at the wedding after party.

Nollywood actress, Dakore Egbuson – Akande was honoured by leading international charity, Action Aid Nigeria for her work as their ambassador in Abuja. She wore a stunning gown by PML Collections, which we think is reception dress goals. See it below 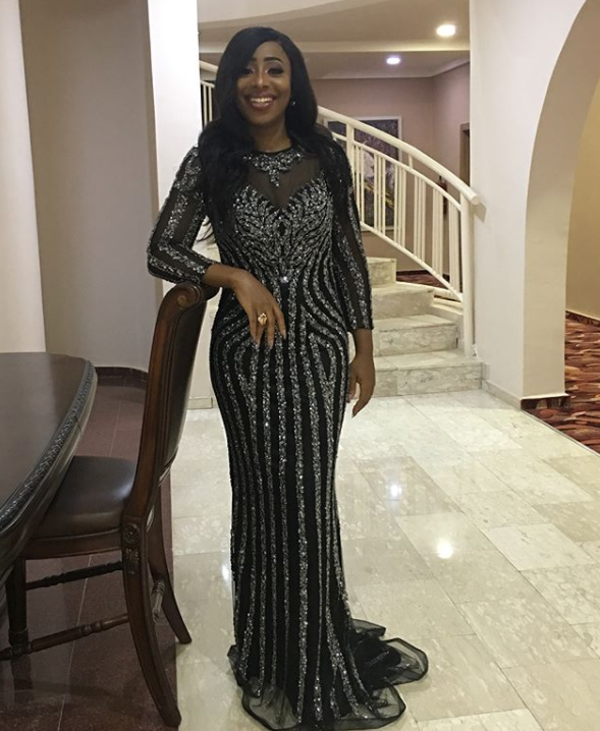 Finally, this year at LoveWeddingsNG, our goal is to bring you more exciting wedding content. Check out our weekly schedule below and make sure you make it a date with us to catch your favourite wedding series. There’s something for everyone!

Catch ‘The Week’s Hottest Wedding News‘ every Monday; an interview with a LoveWeddingsNG Vendor‘ on Tuesdays, aisle worthy inspiration from the most talked about red carpet events on Wednesdays. On Thursdays, we’ll be featuring what we loved about yet another wedding; Fridays are for style inspiration from the ‘Gram. Catch a real wedding every Saturday and another short story by Dara on Dara’s Corner on Sundays.

Eguolo Anita Etefe is a wedding and travel enthusiast and social media assistant at LoveWeddingsNG.