Catch all the wedding news you may have missed last week on LoveWeddingsNG! From Idris Elba popping the question, the Bride Wedding Awards ceremony in Dubai, a bridal collection by Ghanaian designer, Sima Brew,  the countdown to Dangote’s daughter’s wedding, Chidiogo Akunyili‘s civil wedding, Heidi Klum‘s stunning look to the amfAR Gala in New York and more.

Idris Elba is engaged people!!! (insert crying emoji). The 45 year old actor popped the question to his girlfriend, Sabrina Dhowre on Saturday at the Rio Cinema in London before a screening of his big screen directorial debut, Yardie. Watch the proposal below; 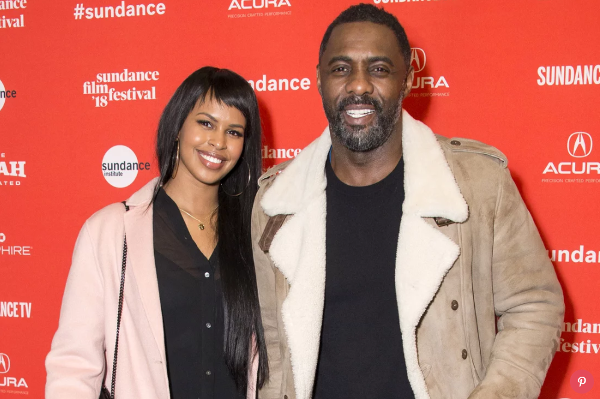 Aliko Dangote, one of the richest men in Africa, is set to give his daughter away in marriage to the pilot son of the former Inspector General (IG) of Police, Mohammed Dikko Abubakar. Fatima Dangote and Jamil Abubakar‘s wedding is set to hold at the Eko Hotel & Suites, Lagos in March 2018 and according to Vanguard, five presidents and all the past presidents of Nigeria are expected to attend. Microsoft founder and philanthropist, Bill Gates is also expected to attend

Fans are speculating that Kylie Jenner and Travis Scott might be engaged. The speculations came after the 20-year old supermodel shared an emotional 11-minute video on YouTube that shows highlights from her pregnancy with their baby, Stormi Webster. In a few clips, Kylie is spotted wearing a huge diamond ring on her wedding finger.

Chidiogo Akunyili, the daughter of late Dora Akunyili  had her civil wedding ceremony to her fiance. The author, speaker and founder of She ROARs Africa, shared a post on her page on Instagram hinting that there will be more celebrations to come. The bride’s mum, Dora Akunyili was a former Director General of the National Agency for Food & Drug Administration & Control (NAFDAC); she also served as a Minister of Information and Communications from 2008 to 2010.

Celebrating our civil union ? Excited for all the white & colourful celebrations with friends and family to come ?? Thank you Andrew for being a daily reminder of the miracles that exist in this world and the power we have to tap into it. On a cold February evening in Geneva, I wrote down words that I feel connected our destinies & led our paths to cross 7 months later in the deserts of Nevada. “Monday, 8 Feb 2016. Geneva – Clayton asked that I do a true exercise of what I want. Here goes. I seek a partnership with a strong man, mind, body and spirit. I seek a partnership with a man who will cherish, love and honour me & the life we build together, supporting each other through the journey with kindness, love, a smile & words that put difficulties in perspective. He will not be away from home all the time but have a career that allows for him to assist strongly and sometimes wholly in building a home for us and for the children. He will be conscious and inspire us to grow in consciousness. He will be full of kindness and have a depth of love that leaves us inspired by what two people can achieve together. He will hold me and we will give gratitude. He will be flexible. He is adventurous/open to new experiences. He is happy in himself & together we share happiness in God and Love.” 7 months later after strong guidance came to me to go to Burning Man — I met him. It was a story of the union of souls. I felt I had written him to existence and rejoiced in the connection we shared. One I know started with a decision to focus on the wholeness of my own soul — self love — & from the space of taking time for self I was ready to take time for anothers soul and him mine inturn. I was not looking for a man so save me but a man to hold me up in my own strength. Together we continue to weave a web of care, love, strength, that isn’t without its difficulties but I’m learning & growing with & from them. I say yes to a life spent together in partnership — to holding each other up outwardly and on the inside — to loving every part of ourselves and each other knowing we have the power to create and re-create from a place of peace with what is & the infinity that can be.

Another man weds two women on the same day! According to online reports, a young man named Ejindu is set to marry two women, Ebere and Oyediya at the same time and at the same venue, on Sunday, the 25th of February, 2018 in Abriba, Ohafia Local Government Area of Abia State. The banner advertising the wedding went viral last week. 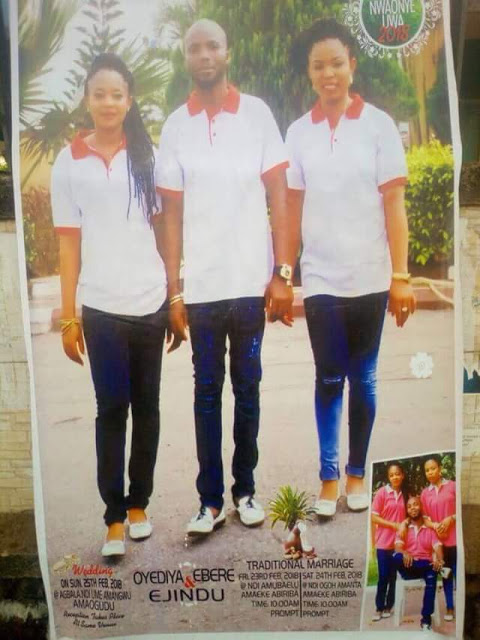 The Bride Wedding Awards held on Saturday, the 10th of February 2018 at the Dubai World Trade Centre. Congratulations to all the winners especially Katerina of Vanila Wedding Boutique / Vanila Studio who we met at the #MyWeddingDubai fair last year. She won the Bridal Designer Boutique award in the UAE.

Award winning fashion designer, Sima Brew has been releasing pieces from her latest bridal collection tagged ‘Dream’. The collection, inspired by the intersection fashion trends and the needs of real brides, is suited for modern brides. The photos from the collection featured Ghanaian TV presenter, Berla Addardey who looked absolutely stunning as she modelled the dresses.

The designer then released more pictures

The anticipated wedding TV show, “Our Wedding Day” by UK wedding cinematographer, Christiana Andrews premiered yesterday on Sunday, the 11th of February 2018 on Nollywood Movies TV. The show, which shows the glitz and glamour, tears and laughter and all the fun at some of the weddings we love, aired its first episode on Sky channel 329 and Virgin channel 835.

While everyone else talked about why supermodel, Heidi Klum tanned only one leg, we’re just drolling about the stunning gown she wore to the amfAR Gala in New York on Wednesday, the 7th of February, 2018. The supermodel wore a dress by Zuhair Murad from their Spring ’17 couture collection, which was decorated with thousands of sparkling blue crystals and silver threading. We can absolutely see a bride rocking this look to her reception.